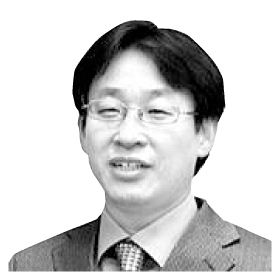 Kim Chang-gyu
The author is an editor of economic news at the JoongAng Ilbo.

The JoongAng Ilbo has been running interviews with Noble Prize laureates in economics since the beginning of the year to share their insights on where the global economy is headed. They mostly had critical views on the Korean economy and pointed out its weaknesses.
Robert Barro, professor of economics at Harvard University, was the most vocal critic of the economic policies of the Moon Jae-in administration. As a proponent of supply-led growth through deregulation and tax cuts to spur corporate innovation and hiring, Barro could not understand why South Korea was going in the opposite direction, even as China is employing market-friendly measures and experts.
Sluggish investment in Korea reflects waning confidence in the economy and symptoms of an economy in stagnation.

The Korean economy has been experiencing what it has never experienced before. It grew by a mere 2.0 percent last year — the lowest since 2009 in the aftermath of the global financial crisis — due to sluggish overseas and domestic demand. Through heavy fiscal spending, growth just barely remained above that threshold.

What bites regular people the most in economic data are those concerning housing and jobs. More than half of homes in Seoul cost more than 900 million won ($798,000). But few home owners are happier, despite a spectacular jump in housing prices, after they were hit with a higher ownership tax. Meanwhile, people without homes can no longer dream of owning a home in the capital.

The government boasts about job growth. It says the number of employed increased by 301,000 last year.

But that’s because of the increase — 377,000 — in the newly hired in their 60s and older. Jobs in the peak working age range of people in their 30s and 40s declined. The real unemployment rate, which includes the underemployed, the marginally attached and discouraged workers under 30 — hit an all-time high. People in their 20s must settle for part-time jobs. The elderly are happy that they can earn pocket money, but fret about stealing jobs from their children or grandchildren. The government spent 23 trillion won to create jobs last year. Who were they for? 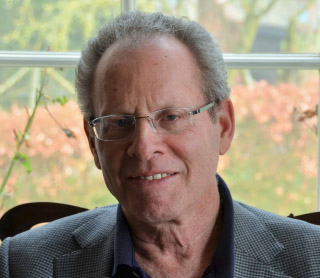 In an interview with the JoongAng Ilbo earlier this year, Robert Barro, a professor of economics at Harvard, said he could not understand why South Korea was going in the opposite direction even when China was employing market-friendly measures and experts. [JOONGANG PHOTO]

Liquid cash assets reached a record high of 1,000 trillion won as consumers and companies held back their investments.

Michael Kremer — Gates professor of developing societies at Harvard who won the Nobel Prize last year — said that national wealth is defined not by individuals but by government policies. He pointed to the staggering income gap between South and North Korea. Government policies can make people rich or poor.

President Moon Jae-in and his government have failed to examine whether they are really guiding the economy in the right direction. Moon’s administration has earned the most disapproval for its economic policies.

The Korean economy typically does well when the global economy expands. But it is very vulnerable to external volatility because of its heavy reliance on exports. Dani Rodrik, a professor at the John F. Kennedy School of Government at Harvard University, observed that South Korea is the first to catch a cold when the global economy sneezes.

The weak economy stands more fragile as a deadly coronavirus continues to spread. Moon says the economy is about psychology. Nope. The economy is reality. It cannot run well when policymakers refuse to see the downside of their policy.