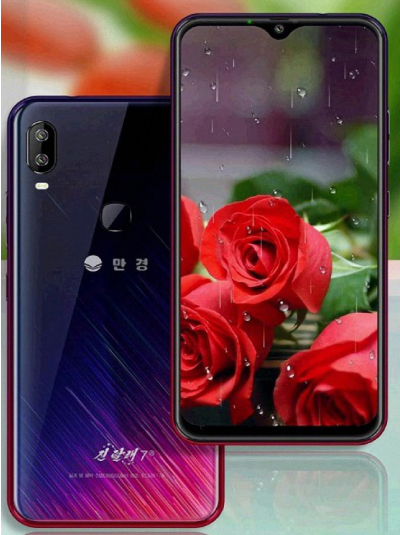 If the Galaxy has become synonymous with South Korea’s powerhouse mobile technology industry, the Jindallae is the answer from their neighbors to the north.

North Korea announced Tuesday it has released the latest edition of its domestically-produced smartphone, claiming that it comes equipped with artificial intelligence and facial recognition technologies.

Mangyongdae Information Technology Corporation, a smartphone developing institute of the country, has launched the Jindallae 7 with its own technologies, according to a report by North Korea’s state-run online outlet DPRK Today.

Jindallae, named after the Korean word for azalea flowers, was first unveiled under the name Jindallae 3 in March 2017. The product became known for having a similar exterior design of Apple’s iPhone.

The Jindallae series continued to follow Apple’s smartphone design path, with the iPhone X by getting rid of the home button. Photos posted on DPRK Today’s website showed that the Jindallae’s interface for displaying contacts and sending text messages are similar to what’s available on the latest iPhones.

The phone reportedly can recognize its user’s voice and transform it into text for the purposes of managing business, memos and contact.

The addition of such high-tech features indicates that North Korea is also hoping to position itself in the artificial intelligence race.

DPRK added that the new Jindallae smartphone series have been well-received due to unique design, function and convenience features.

Yet despite the claims of North Korea’s state-run news outlet, experts believe that the AI and biometric technologies in the Jindallae 7 are not as globally competitive as Samsung Electronics’ Galaxy series or Apple’s iPhone.

“North Korea has invested a lot into voice recognition technology for a long time to use the technology in documenting orders and comments made by its supreme leader,” said Lee Choon-geun, a senior researcher at the Science and Technology Policy Institute. “That technology is now coming to its smartphones.”

Lee added that although the Jindallae 7 is better than the previous iteration, with more gadgets and features, the latest North Korean smartphone likely contains only first-stage technologies, putting it far behind what globally competitive smartphone makers.

He noted that voice recognition technology requires massive amounts of data to be used in the development process, requiring technology that is largely unavailable in North Korea.

“We probably could get a better sense after experimenting with the actual product, but it’s likely to be a year or two behind in terms of technology compared to other recent smartphones.”