Do not repeat the mistakes of the MERS tragedy

Do not repeat the mistakes of the MERS tragedy 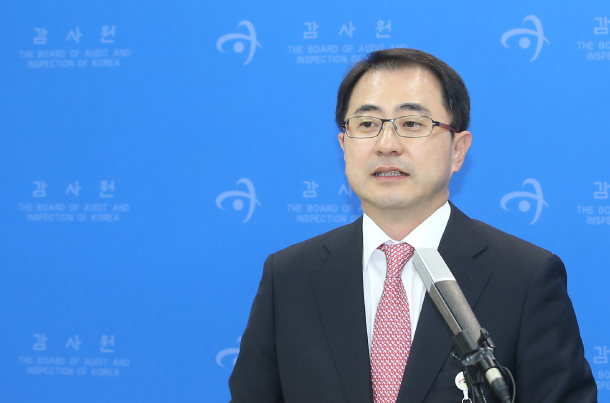 Shin Min-cheol, Former deputy director of the Board of Audit and Inspection [YONHAP]

“Everybody has a plan until they get hit. Then, like a rat, they stop in fear and freeze.” Just like Mike Tyson’s famous quote, Korean society is about to freeze in fear of the new coronavirus.

The tragic memory of 38 deaths in 2015 from the Middle East respiratory syndrome (MERS) is revived.

The audit result on Jan. 14 in 2016 confirmed the MERS crisis was a man-made disaster. Results showed the lack of governmental procedures to prepare the response to MERS followed by the poor initial response to prevent the national spread of the virus.

The JoongAng Ilbo sat down with Shin Min-cheol, a former deputy director of the Board of Audit and Inspection, who presented the audit report in 2016, to ask how he views the way the current government in dealing with the coronavirus.

“We had to run about in confusion during the unprecedented crisis that was MERS,” Shin said. “Although the audit result was criticized, it taught Korea an important lesson. Hopefully, Korea does not repeat the same mistakes.”

“Don’t eat raw camel meat or camel oil.” This is an excerpt from the MERS prevention guideline provided by the Korea Centers for Disease Control and Prevention (KCDC) under the Ministry of Health and Welfare. The KCDC merely translated a travel guide on the Middle East on the World Health Organization (WHO)’s website. The inspection revealed that the KCDC had been advised eight times by the WHO to study MERS and come up with measures to prevent the infection since September 2012 after MERS was first reported, but the government was complacent.

Q. Does the government have the ability to deal with the new coronavirus?

A. During MERS, a group of experts did not function well. Making decisions on what we had never experienced before was tough. No medical experts could determine whether something is too little or too much, too wide or too narrow or whether it has side effects. While the doctors remained indecisive, the virus spread. It was gross negligence rather than an intentional action. With that experience, I thought we would respond well this time, but I’m having the same concerns.

Is the coronavirus worse than MERS?

I believe so. There were many policy failures for the MERS crisis, but the spread was mainly within emergency rooms in hospitals. The amount of people coming from the Middle East was also limited. But the range of the coronavirus has gotten much larger. I am not sure whether the data from the vast land of China will be accurate.

Didn’t the government lose track of those who came in close contact with confirmed MERS patients?

The MERS response guideline, created in July 2014, set the range of close contacts as “people who have been in contact for more than an hour within 2 meters [6.6 feet].” In other countries, it was less than 2 meters “or” more than one hour, but we tied the two with “and” to narrow down the range. The government had a chance to review the guidelines in the initial stage, but by the time it was changed, it was already too late.

Forty-eight cases of close contacts, three of which were later confirmed, in Pyeongtaek St. Mary’s Hospital, were missing from the management list. Only the first patient and 20 people including medical staff were put into quarantine while the 14th patient who contacted the first patient moved to Samsung Medical Center in Seoul and spread the disease. Because the authorities did not disclose Samsung Medical Center’s name, the list of close contacts of the 14th patient was delayed. Due to the inadequate patient management policy, exposed patients were quarantined after a week.

How do you assess the government’s measures to prevent the spread of the coronavirus so far?

I have read a lot of reports that are unprofessional. At first, asymptomatic patients were seen as not infectious. Inaccurate information was a problem for the MERS crisis, and we are repeating that problem now. When the result is unsure, we should report conservatively by considering diverse possibilities.

Do you see the entry of visitors from China as a big variable?

The wide spread of MERS was because the Ministry of Health and Welfare disclosed the name of the hospital when it was too late. It insisted on confidentiality because it may have led to confusion for patients at Samsung Medical Center. Similarly, the entry of visitors from China is the biggest variable in the spread of the coronavirus in Korea.

The government has decided to ban all foreigners who have visited or stayed in Hubei Province in the last 14 days. It is also considering suspending short-term tourist visas. Experts say foreigners from all parts of China need to be banned. I just hope the same mistake is not repeated.

Isn’t there a lot of diplomatic burden?

We may be reluctant to start the move, but other countries have already started to ban the entry of Chinese visitors. Forty percent of the confirmed patients are from areas outside Wuhan. What does it mean if you just ban 60 percent? This judgment is similar to the case of MERS. If the hospital’s name was revealed sooner, we could have had fewer deaths. The medical authorities were too considerate of the hospital. Even now, it seems like the government will expand its measure to China once confirmed patients reach a significant number, or there is a death. This is like mending the barn after the horse is stolen.

Wouldn’t it be a tough decision?

Yes, it is a high-level decision. We failed to prevent the spread of MERS. President Moon Jae-in mentioned, “We have to make overly pre-emptive measures,” but limiting the ban to those from Hubei cannot stop the virus from spreading. Allowing Chinese visitors to enter the country would be like Korea scoring an own goal.

The majority of people working right now have experience with the MERS crisis, so I believe they are managing the patients more meticulously than in the past. Jeong Eun-kyeong, the director of the KCDC was also audited in the past, so I trust her capabilities.

I thought a MERS-like situation would never come back, but it’s a variable that the Korean Medical Association or KCDC cannot handle. We should not repeat the same mistakes as we did for the MERS crisis. We cried for more epidemiologists at that time, and that is also happening today. The National Assembly is planning for legislation. But with nothing changed. I feel like the past is repeating itself.