Diplomacy in the time of the virus

Diplomacy in the time of the virus 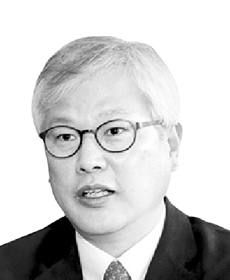 Lee Hee-ok
The author is a professor of political science and diplomacy at Sungkyunkwan University and head of the Sungkyun Institute of China Studies.

With the new coronavirus, China has become a place of true horror. Medical workers have been battling the outbreak for a month now, and the public is being kept off the streets, yet people keep getting infected and the death toll keeps rising at an alarming pace. Members of the Chinese public first deplored the government’s late response to the outbreak; now they are criticizing the country’s weak public health system and rigid bureaucracy. The outbreak has also taken a toll on the Chinese economy. There is no way China can re-achieve last year’s economic growth rate of 6.1 percent, and some analysts predict that the rate may decline this year by 0.5 percentage points. The outlook for the Chinese economy grows even gloomier as the “gray rhino” — the massive debts of local governments and the volatile shadow banking sector — surfaces.

In the short-term, Beijing will want to focus all resources on winning back public trust and fulfilling this year’s national strategic goal to become a xiaokang (moderately well-off) society, using the crisis to offer impetus for next year’s centennial anniversary of the establishment of the Chinese Communist Party.

Beijing criticized Washington for providing no substantial assistance to cope with the coronavirus crisis and being the first to evacuate its personnel from its consulate in Wuhan, Hubei Province. However, unless the United States violates a core interest of China, there’s a high chance that Beijing will stick to its foreign policy of tao guang yang hui, which means to hide its ambitions and disguise its claws.

China’s realization of the power of American hegemony on Jan. 15, when it signed the phase one trade agreement with the United States, will likely affect its perspective on the outer world and its Korean Peninsula policy.

Landscape rattled by the virus

Political circumstances on the Korean Peninsula are changing in the aftermath of the virus outbreak. Despite a dearth of foreign currency, North Korea has shut down its border with China to block Chinese travelers and also closed the Kaesong inter-Korean liaison office. Seoul’s idea to run a North Korean tour program involving families separated by the 1950-53 Korean War — which was intended to breathe life into stalled South-North ties — has lost momentum. South Korea’s economy is struggling in the fallout of production halts at Chinese factories, and private exchanges between the two countries are decreasing again after a brief recovery. 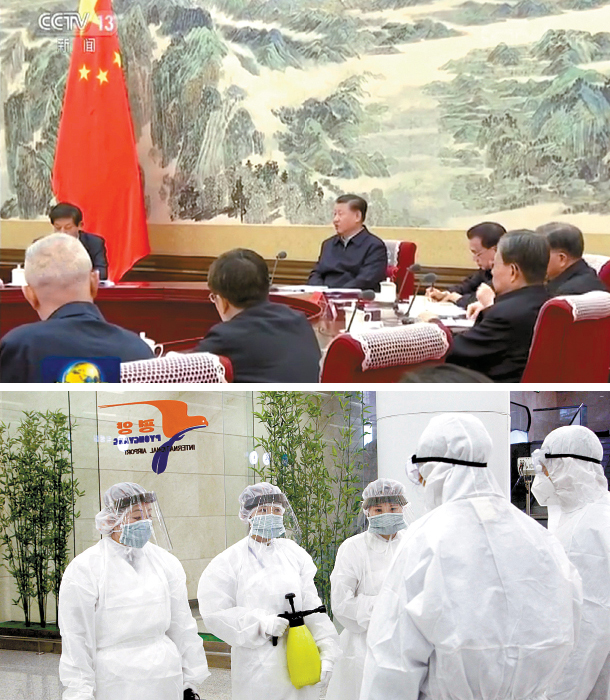 Top: Chinese President Xi Jinping presides over a meeting with officials in Beijing to address the outbreak and fast spread of the new coronavirus from Wuhan, China, on Jan. 25. Above: North Korean workers discuss how to quarantine Chinese visitors at Pyongyang International Airport. [CCTV; AP/YONHAP]

Even if China miraculously achieves an end to the coronavirus mayhem, there’s a big chance the malaise on the Korean Peninsula may last longer.

The first critical issue has to do with the dual stalemate of interactions between North Korea and the United States and between the two Koreas. Pyongyang and Washington are in a constant tug-of-war — the North is refusing to negotiate any denuclearization measures following the failure of the Hanoi summit in Vietnam while pressing the United States to change its stance, and the United States continues to highlight the importance of dialogue yet thinks no deal is better than a bad deal as the presidential election nears.

At a time like this, North Korea will try to flex its muscle for a new set of negotiations with the United States while economically engaging with China rather than relying on South Korea to play mediator. That strategy is prone to undermining Seoul’s efforts to improve ties with Pyongyang on its own to facilitate North-U.S. ties.

The second key issue unfolding on the peninsula is the strengthening of strategic ties between Pyongyang and Beijing. After the North declared its willingness to denuclearize in 2018, the two countries improved strategic cooperation through their five subsequent summits and as China came to the North’s help as the latter struggled under international sanctions. North Korean leader Kim Jong-un recently flaunted his socialist friendship with Chinese President Xi Jinping by offering his condolences about the coronavirus outbreak in China and offering aid funding. Beijing seemed to have played a big role in dissuading Pyongyang from giving a “Christmas gift” to Washington late last year. Considering these aspects, there are limits to Seoul breaking the inter-Korean logjam through improving its relations with China.

Third, another factor is a complex strategic competition between Washington and Beijing over the Korean Peninsula. After its trade war with Beijing went into full force, Washington tried to boost the South-U.S.-Japan trilateral security cooperation and wean Pyongyang off Beijing to contain China. In response, China tried to strengthen its traditional partnerships with North Korea and Russia while solidifying its strategic relationship with South Korea to weaken the traditional Seoul-Washington alliance. In the meantime, however, China will likely dial down its offensive foreign strategy as it copes with the coronavirus outbreak and heals from the aftereffects of its trade war with the United States.

Before the coronavirus landed in South Korea, Seoul tried to find new ways to improve ties with Pyongyang in the second half of the Moon Jae-in administration. After realizing that its relations with Pyongyang have lost steam as it focused more on Washington, Seoul offered to cooperate with Pyongyang in tourism, in part by making a strategic use of North-China ties. Late last year when the Chinese leaders of Liaoning and Jilin Provinces visited North Korea, they agreed to boost collaboration in improving people’s lives, agriculture, tourism, culture and sports.

Seoul’s Finance Ministry and the Presidential Committee on Northern Economic Cooperation also signed a memorandum of understanding with Beijing’s National Development and Reform Commission and the Jilin provincial government to establish a South-China international cooperation agency in Changchun — which was part of Seoul’s goal to seek an intersecting point near the North-China border. However, for the Seoul-Beijing-Pyongyang trilateral cooperation to work, they must all respect market principles while guaranteeing sustainable development — given their own national interests. Seoul must review whether a cooperation model — involving the South’s capital and infrastructure, China’s land and the North’s labor — remains valid. It is not easy to convince marginal South Korean companies to do business and invest in China’s northeast border areas, which scores the lowest on China’s economic report card every year. Realistically, there’s a high possibility that any plans to create an industrial cluster there will fail unless South Korean conglomerates make strategic investments based on hopes for a brighter future for the peninsula.

China bogged down by the virus

Chinese President Xi and Premier Li Keqiang are scheduled to visit South Korea in the first half of the year and in the second half, respectively, to discuss the U.S.-led Terminal High Altitude Area Defense (Thaad) antimissile system and their roles in the denuclearization process, as well as to find ways to elevate their strategic cooperative partnership. Their visits will serve as a litmus test for Seoul’s efforts to achieve an “expanded equilibrium” between developing ties with the United States and with China. That’s why the South Korean government is trying to win the Chinese public’s heart in the coronavirus outbreak through public diplomacy.

But at a time when China is occupied with its own domestic issues and the United States opposes any unilateral action from Beijing with regard to the peninsular issues — not to mention the fact that North Korea has yet to establish its strategic stance — it won’t be easy for Seoul to find a bypass in the diplomatic deadlock even if it does succeed in strengthening ties with China.

Each South Korean government made great efforts to improve ties with North Korea, though they varied in their ways. They sometimes walked similar-looking paths regarding inter-Korean ties as a subordinate issue to the decades-old South-U.S. alliance. Seoul was so unwilling to systemize Korean Peninsula peace that its very goal was not to cause any diplomatic trouble. On the other hand, Seoul, at times, went through trial and error as it rushed through diplomatic experiments, fixated on the thought that circumstances on the peninsula must change through inter-Korean reconciliation. Now is the time to think how the South Korean government can convince its people and the international society about its own solutions, gain broader domestic support for them and devise sophisticated programs to implement them.

Paradoxically, the coronavirus is providing us the opportunity to ponder peninsular issues with more equanimity — and over the longer haul.