The devil is the lie

The devil is the lie 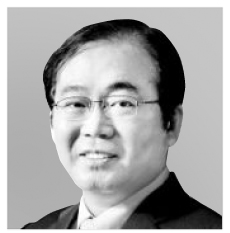 Chinese President Xi Jinping said the new coronavirus is a “devil” and China will win the war against it. His remarks clearly revealed his outdated understanding of the virus from Wuhan and how to fight it.

A devil is a symbol of powerlessness and fear from before the dawn of the Age of Reason. According to guidelines on witchcraft approved by Pope Innocent VIII during the late 15th century, a person who made a contract with a devil was defined as a witch. When a disaster took place, unlucky people were burned to death.

By calling the virus a devil, Xi avoids his own responsibility and hides behind a kind of medieval throne, isolating himself from his own people. He never visited Wuhan, where deadly medical battles are taking place, proving that he is an emperor who does not care about public sentiment. That is in sharp contrast with Hu Jintao, who wore a protective suit and controlled the situation in the field during the 2003 severe acute respiratory syndrome (SARS) outbreak in China. Media from around the world are now asking, “Where is Xi?”

The Chinese government missed the golden time to control the situation by insisting that rumors were worse than the virus. The biggest responsibility falls on Xi, who created a perfect one-man rule. He tried to avoid responsibility by calling the virus a “devil” and wants to stay as a “faultless leader.” This shows why one-party systems — where no alternatives exists other than the ruling party — are incredibly dangerous.

A young doctor who first sounded the alarm about the disaster in Wuhan was called in by the police and forced to write a statement to repent his “wrongdoing.” He was later infected with the virus while treating patients and died. This is a tragedy caused by an oppressive regime. Fifty days after the initial infection, Xi finally issued a special order to the government to counter the outbreak with all efforts necessary. He took action after Wuhan hosted a feast where 40,000 households ate together and over 5 million people traveled out of Wuhan for the Lunar New Year holidays.

As the initial response failed, the Wuhan virus outbreak has become a global disaster. During the SARS outbreak in 2002, China only admitted to the truth five months later. Chinese netizens are not outraged that viruses from bats are killing them, but that silence is enforced by the government. For a defensive psychology and unwise actions of China’s dictatorship, the world will pay a big cost.

China even turned the World Health Organization (WHO) into its mouthpiece. The director general of the World Health Organization said the Chinese government’s countermeasures have stopped the coronavirus from spreading around the world — even as the world panics. While the United States reduced its budget support for the organization, China managed to win control over it with the power of money. China’s greed has undermined the political neutrality of an international organization and will eventually become a poison to the entire human race.

China has shut down or stopped residents’ movements in over 70 cities. And yet, it is warning Korea not to issue a travel ban on Chinese people. Although China is treating the Korean people’s safety lightly, it says the two countries share a common destiny. The Chinese ambassador’s recent words and behaviors are similar to that of Yuan Shikai, who treated Joseon in the 19th century as a vassal state.

The Moon Jae-in administration tried to arrange Xi’s visit to Korea before the April 15 general election. Moon was actually the first to say that China and Korea share a common destiny. The United States already banned the Chinese people from entering, and North Korea and Russia — China’s closest allies — shut down their borders at the beginning of the outbreak. South Korea, however, recanted its decision to ban the entry of Chinese tourists only two hours later. Why is it so scared of China? Sharing a common destiny with a partner who looks down on us will turn us into slaves.

China tends to forget us when its power grows. When China was isolated in the world after its ruthless crackdown on the protesters in Tiananmen Square in 1989, Korea reached out to the country and established diplomatic relations. When China joined the World Trade Organization in 2001, Korea granted it a status of “market economy” four years later. The United States, Japan and the European Union are still rejecting that status. And yet, China slapped economic retaliations on Korea after Seoul allowed the deployment of a U.S.-led Terminal High Altitude Area Defense (Thaad) antimissile system to counter North Korean nuclear threats. We cannot share a common destiny with such a country.

A deadly outbreak will not end by calling the virus a devil. China must resolve the situation with science, not a pre-modern spell. It must transparently and immediately make public the information on infections to allow the world to preemptively counter the threat.

China tried to cover up the situation in consideration of the Lunar New Year holidays, the annual sessions of the National People’s Congress, the Chinese People’s Political Consultative Conference in March and the 100th anniversary of the Communist Party’s foundation next year. No one will believe China’s announcements from now on. The devil is not the virus. It is the lie that causes distrust.

As the world’s second largest economy, China is the leader in artificial intelligence and big data — core elements of the fourth industrial revolution. It must create a democratic system and guarantee freedom of the press. Only then will global civilizations become comfortable with it.

About a half century ago, Barrington Moore, an American sociologist, famously said, “No bourgeois, no democracy.” This was proven in Korea, which accomplished democratization in 1987 with office workers’ participations in protests.

China is a country with a per capita GDP over $10,000. It is a country with a middle class. Unless it changes, Xi’s “China dream” will become a pipe dream. If China ignores its partners, it cannot share a common destiny with Korea. Ahead of its centennial anniversary, the Chinese Communist Party must accurately read the warning from this virus.