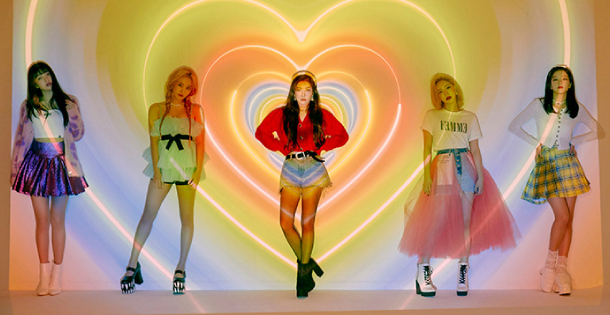 The trolls are coming to town! Members of girl group Red Velvet will be lending their voices to the upcoming animated film “Trolls World Tour,” the group’s agency SM Entertainment said on Monday.

According to the agency, the group’s five members play five K-pop trolls in the film, marking the first time for each of the girls in the group to try out voice acting.

“Red Velvet was cast as the K-pop representatives because they are creative in their pursuit of various musical styles, and they offer irresistible charm to music fans around the world,” producer of the film Gina Shay said.

“It was an excellent choice. In the process of recording, the members not only showed their individuality, but they were also completely immersed in the K-pop troll characters.”

Their voices will also be included on the soundtrack for the film, as well as their 2016 hit song, “Russian Roulette.”

“Trolls World Tour” is a spinoff of the 2016 film “Trolls,” featuring big-name actors such as Anna Kendrick and Justin Timberlake.


The movie is slated to hit theaters on April 29.