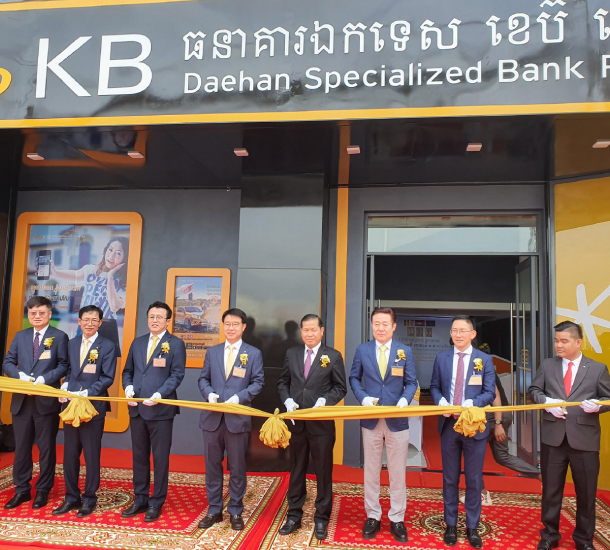 The Cambodian branch is in Sen Sok, a residential area in the northwestern part of the country’s capital Phnom Penh.

According to KB, the city lacks a solid financial infrastructure but has a substantial middle-class population, providing high demand for housing loans and auto financing.

“There a lot of dealers at the big shopping mall near Sen Sok, which provide suitable conditions to offer auto financing services,” the press release stated.

KB Kookmin Card said it decided to open the offline branch 10 months after it officially started its service there to create a more stable platform for providing financial services.

“Despite Cambodia’s rapid economic growth rate and financial market improvement, there is a lack of financial infrastructure,” the company said. “In order to promote more stable growth, we decided to open an offline face-to-face operation.”

The new operation will have 20 local staff. For risk management, however, staff from Korea will conduct inspections on a regular basis. For larger loans, the evaluation process will take place in Korea as well.

KB Kookmin Card said it plans to expand its operations throughout major cities of Cambodia once its Sen Sok branch settles in.

“Ever since KB Kookmin Card established its Cambodia headquarters in September 2018, we quickly began turning a profit,” said the spokesman at KB. “The latest Cambodia operation will help start a new business like card sales sooner than we thought.”