Woori and FSS destined for war

Woori and FSS destined for war 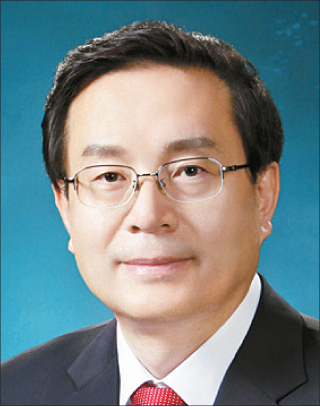 The battle between Woori Financial Group and the Financial Supervisory Service (FSS) is heating up.

After the FSS said on Jan. 30 that it would reprimand Woori Financial Group Chairman Sohn Tae-seung for the sale of derivative-linked funds (DLFs) to unsuspecting investors, the financial group said that it was considering taking legal action to protect itself from the regulator’s admonition.

Woori wants Sohn to serve for another term as the financial group’s chairman, while the sanction bars him from continuing in that position for the next three years.

Woori’s decision to go head-to-head against the financial authority is not unprecedented but very rare in what’s considered one of Korea’s most conservative industries.

In recent years, when receiving a heavy sanction, the leaders almost always stepped down from their posts.

“It is not just about giving up one’s position,” said one industry source familiar with the matter. “But once you go against the financial regulator that holds the authority of providing approval, it becomes very hard to continue the business smoothly in the future. You don’t want to be at odds with the FSS.”

But Woori can’t back down.

To show its discontent, Woori Financial Group board members unilaterally supported Sohn’s reappointment as the chairman at its board meeting last week, publicly challenging the authority of the FSS.

The financier’s labor union also offered its support for Sohn’s term extension in a statement on Jan. 31, a day after the FSS sanction committee’s decision, claiming the sanction is an “abuse of authority.”

Woori claims the sanction has no legal basis and is too harsh considering the bank has been offering compensation to its customers.

Shortly after the board decided to support Sohn’s run for Woori’s next chairman, the FSS referred another issue to the sanction committee for evaluation: the arbitrary change of passwords of online accounts.

Bankers at Woori Bank branches were found to have changed the passwords of some 23,000 online accounts that haven’t been used for more than one year in order to distort their performance numbers. The alleged violations occurred in 2018.

“It is common for a financial investigation to take longer than one year,” an FSS spokesman said, downplaying speculation that the FSS is taking on the case to pressure Woori for rebelling against the institution.

The situation could deteriorate further once Samil PwC finishes its evaluation of Lime Asset Management’s freezing of 1.6 trillion won ($1.35 billion) of investment funds. The announcement is expected on Feb. 14.

Woori Bank was one of the sellers of the problematic funds. Fund investors have already filed criminal complaints against Woori Bank, accusing it of a capital market law violation.

“It’s all about timing,” said the source. “When the sanction committee meets on Woori Bank’s password changes, when the Financial Services Commission confirms the DLF sanction and when the FSS takes action after Samil announces its inspection result of Lime Asset Management.”