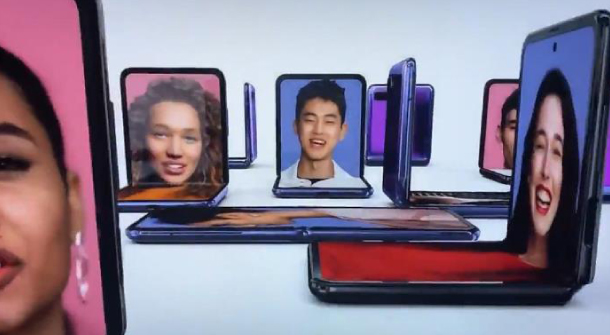 Samsung Electronics, the world’s top smartphone maker, offered a glimpse of its new square-shaped foldable phones in a surprise TV commercial aired during the Academy Awards on Sunday.

The ad, broadcast only in the United States, comes two days before its Galaxy Z Flip phones, which open and close vertically like a flip phone, are due to be unveiled at an event in San Francisco.

While there were many shots of the phones, which come in at least purple and black, there were few other details. They are, however, expected to be less expensive than the $1,980 Galaxy Fold, which opens like a book and was launched in September, delayed by several months after problems with its screens.

He added that Samsung had taken the lead in foldable phones as Chinese rivals look to the new market.