All for an election

All for an election 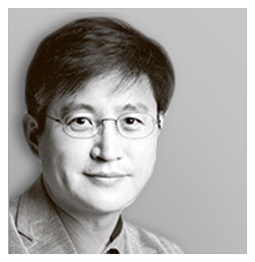 The outbreak of the new coronavirus is raising big questions. What is a state? What is the role of a government?

During a cabinet meeting on Feb. 4, President Moon Jae-in said that “protecting the lives and safety of the people is the reason for a state’s existence and basic responsibility of the government.” During a government meeting on Jan. 30 to check on the countermeasures for the outbreak, he said, “There cannot be any compromise in protecting the people’s safety. The faster the preemptive measures, the better. They should be excessively strong.”

His remarks are appropriate. A hospital in Gwangju was completely quarantined, while the government started crackdowns on hoarding of face masks. Such measures are what the government needs to take in such a serious situation.

The government measures are not excessively strong. China enforced a blockade on major cities. About 30 percent of the country’s population, or 400 million people, are under the measures. The Korean government, however, only banned entry of travelers from Hubei Province, the epicenter of the outbreak. It is clear that the Moon administration is trying to please Beijing.

Moon’s comment — “China’s hardship is our hardship” — moved the Chinese people. In some respects, it is a reasonable statement, as China is a massive market for us — and home to a number of our factories. Actually, it is our largest trade partner, which buys a quarter of our exports. If Chinese component factories stop, our factories stop. China also plays an important role in the North Korean nuclear crisis.

But China’s attitude is rough. When it thinks its interests are infringed upon, it does not hesitate to retaliate economically. We have already experienced this in the aftermath of the deployment of the U.S.-ed Terminal High Altitude Area Defense (Thaad) antimissile system in South Korea. However, as a virus is capable of crossing border, the government must make the people’s safety its top priority. That is what a government must do.

Speculation spread that the Moon administration is acting lukewarmly based on a political calculation to win the April 15 parliamentary elections. Many criticize the government for not reacting more aggressively as it did not want to upset China. They also suspect that the government is afraid that Chinese President Xi Jinping will not visit Korea before the April general election due to his domestic challenges from the outbreak of the lethal virus. If the rumors are true, it is deplorable. If some politicians and officials in the ruling Democratic Party and the administration are trying to take advantage of Xi’s visit for the election campaign — and that is why the government is reacting passively — they are tricksters.

Circumstantial evidence shows that many members of this administration put top priority on victory in the election. Economic policy is no exception.

We should ask a question: Can the government violate the ordinary people’s freedom to choose their residences, move to other places, and make some money for the future in order to stabilize the real estate market? Here is an example we often see. A couple in their mid-40s — who had rented out their house in Gangbuk, or the northern Seoul area, and rented a house in the posh neighborhood of Gangnam, the southern Seoul area, to send their children to better schools — is already worried about a plan to move. If their landlord asks them to vacate the Gangnam house a year later, the couple won’t be able to take out a new loan for jeonse, or long-term rent deposits, and they have to go back to their old house in Gangbuk. They are worried that their teenage children will have to get used to a new environment.
The progressive government’s bold measures are not comprehensible unless you factor in the elections. The administration wants to separate the haves, a minority, from the have-nots, a majority. The government and ruling party believe they will win the election by pleasing the majority.

The same applies to the government’s decision to abolish autonomous and special high schools. The education system has settled down in our society over decades of liberal and conservative administrations, but the government decided to scrap it abruptly. And yet, it insists that a majority of the people wanted it. This is sheer populism.

Elections are the flower of representative democracy. The people express their sentiments through an election. For politicians, a victory is important. But they will bring a collapse on themselves when they concentrate all efforts on the election while undermining the basic principles of democracy. A good thing about an election is that we have a chance to punish bloody-minded politicians and pick politicians who serve the country and the people. The April elections are approaching.