ITTF aims to rally the popularity of table tennis

ITTF aims to rally the popularity of table tennis 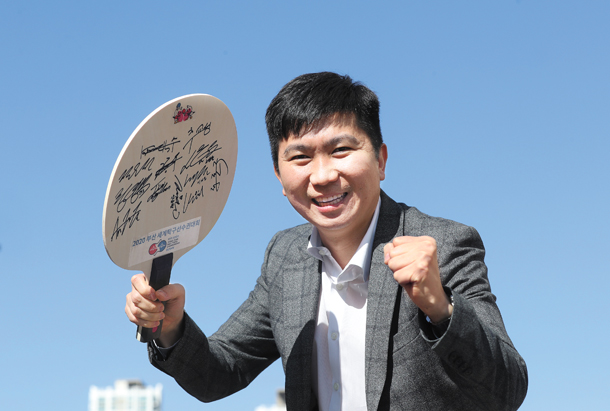 The Korean men and women’s table tennis teams may have just returned to Korea after earning their spots at the 2020 Tokyo Olympics, but Ryu Seung-min, the president of the Korea Table Tennis Association (KTTA) and a member of the International Olympic Committee (IOC), is busier than ever as the International Table Tennis Federation (ITTF) World Team Table Tennis Championships is fast approaching. 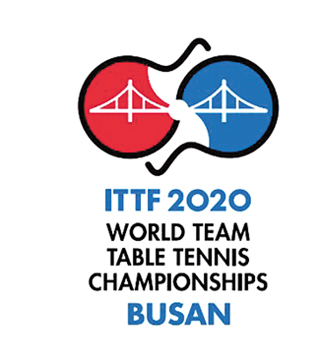 “We are about 80 percent done with the preparations,” said Ryu. “Now it’s time for us to welcome the guests. We’ve come up with thorough measures to deal with the coronavirus, which has become a concern internationally. We will be focusing on the safety of the players and the fans until the end.”

Going from March 22 to 29, Korea will host the Hana Bank 2020 ITTF World Team Table Tennis Championships at Busan Exhibition and Convention Center in Busan. Ahead of the Olympics, Ryu and the KTTA are hoping that it will be a good chance for the sports to gain some popularity.

A total of 537 competitors, including the top-ranked table tennis players, from 79 different countries will be making their stop in Busan.

“It’ll be the best Championships in history,” Ryu said.

However, this will mark the first time for Korea to play host.

“Since the ITTF was first established in 1926, the world championships have been held biennially [until 1997] or annually [starting from 1997, as it has been rotating between individual and team championships]. This is the first time in 94 years that Korea is hosting it. It’s very late, but since we finally got the chance, we’ll consider this as our stepping stone for Korea’s table tennis to develop once more.”

The ITTF World Team Table Tennis Championships are held during even years. This year, Ryu is the head of the organizing committee and his team is made up of less than 30 people, comparatively smaller than other international events. This is only 2.5 percent of the members from the 2018 PyeongChang Winter Olympics and only 15 percent of the Gwangju 2019 FINA World Championships. Although smaller in size, the organizing committee has a lot more experience in terms of international events.

“Our members include people who were a part of the organizing committee at the PyeongChang Olympics, the Gwangju 2019 FINA World Championships and those who are fluent in foreign languages,” Ryu said.

According to Ryu, the ITTF has been highly complementary on the communication and work skills of each and every member of the organizing committee.

“Looking at the other international tournaments held in Korea, it’s mostly been the host city actively engaging to be the successful host,” Ryu said. “But unlike that, this tournament is being hosted by the table tennis federation and the organizing committee has become the center of all the preparations.”

As there is only a little over a month left until the start of the tournament, the organizing committee should be busy advertising the start of the event, but instead they have had to hold off due to the novel coronavirus. With concerns growing over the spread of the infection, promotion for the Hana Bank 2020 ITTF World Team Table Tennis Championships has been put on the back burner.

If the situation worsens before the start of the tournament, the organizing committee could be in quite some trouble, as they are unlikely to see many visitors making their way to Busan to watch the Championships.

According to the organizing committee, they have about 3,000 foreign players, coaches and media registered for the Championships. They were also hoping for large numbers of people who wanted to watch the action.

“Considering the possible expansion of the virus, we’ve decided not to host any promotional event until the very start of the tournament,” Ryu said. “Our goal of hosting the best-ever Championships still remains the same, but before that our priority is the safety of the players and the fans. We’ve constructed the safety system for the fans.”

Throughout the Championships, the organizing committee is expecting to see up to 6,000 players, fans and associates at the arena. Just like any league in Korea right now, the Table Tennis Championships will be providing masks and hand sanitizer to everyone entering the gymnasium.

“The ITTF is expected to get through their final check on the 20th, as they’ll also be drawing the bracket,” Ryu said. “Including the prevention system of the coronavirus, we’ll get approved [by the ITTF] that all the preparations have been done.”

A successful Hana Bank 2020 ITTF World Team Table Tennis Championships would also be a personal achievement for Ryu, considering he is a young leader. Currently, he’s been managing three different roles - head of the organizing committee, head of the KTTA and a member of the IOC.

“Anyone can dream bigger, but they shouldn’t have any ambition toward the top spot,” Ryu said. “Whichever committee I’m with, I want to hear people say that the addition of Ryu Seung-min brought positive changes.”