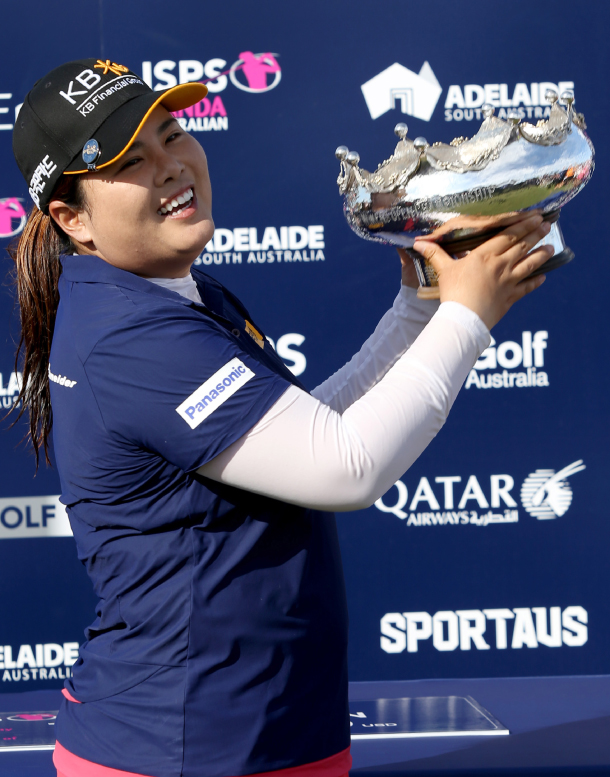 Park In-bee has finally picked up her 20th career win on the LPGA Tour at the ISPS Handa Women’s Australian Open at Royal Adelaide Golf Club in South Australia on Sunday.

Park, who started the tournament with a three-shot lead ahead of runner-up Cho A-yean, didn’t get off to the best start as she made a bogey on the par-4 first. However, she quickly bounced back with back-to-back birdies on the par-4 third and fourth holes. Due to strong wind on the final round, Park added three more bogeys throughout her round, but it didn’t prevent her from losing her lead.

Although Yu Liu slowly made her way up to get as close as two shots behind Park until the par-5 15th, she quickly fell down the leaderboard by finishing her last three holes with bogeys. As the back nine tends to be more difficult, Park somewhat struggled by making bogeys on the par-4 14th and the par-3 16th, but she quickly picked up her pace by finishing her last two holes with a birdie and a par.

With four bogeys and three birdies on the final day, Park finished the tournament at 14 under par, 278, good enough to finish three shots ahead of runner-up, Amy Olson of the United States.

This is a long-awaited victory for Park, as she hasn’t won on the LPGA Tour since the Bank of Hope Founders Cup in March 2018. With the win, she also takes home prize money of $195,000. Park’s victory also makes her only the second Korean golfer, after Pak Se-ri, to pick up 20 LPGA wins. Her 20 wins on the Tour include seven major titles and 13 other LPGA tournaments.

Park was in desperate need of a win in order to boost her ranking to earn her spot on Team Korea for the 2020 Tokyo Olympics.

Due to this, Park started her season earlier than usual. She competed at the LPGA Tour’s season opener, at the Diamond Resorts Tournament of Champions presented by Insurance Office of America, and finished runner-up. However, following that, Park struggled by missing cuts in the next two events.

As things stand, Korea is most likely going to have four golfers qualify for the Games this summer. Looking at the world ranking before Park’s victory, she was the sixth-highest ranked Korean. A win will definitely allow her to get one step closer to defending her Olympic gold medal.

Following Park, Lee Mi-hyang was the second-best finisher among Korean golfer, tied for sixth, along with Cho, at eight under par, 284. Just like last week, Cho once again struggled on the final day of the tournament by shooting four over par, 77, on Sunday.

After the two weeks in Australia, the LPGA Tour was supposed to start its season with Asian Swing, but due to the coronavirus, the Tour has canceled all three tournaments in Asia and will resume its season at the Founders Cup in Phoenix starting from March 16 to 22.