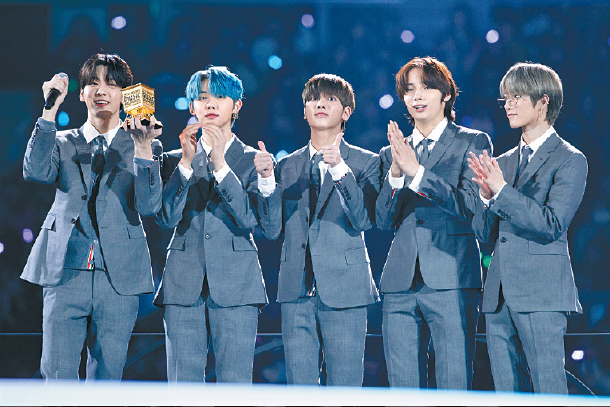 The music video for “Crown,” the debut single from rookie boy band Tomorrow X Together (TXT), has reached 100 million views on YouTube, according the group’s agency Bit Hit Entertainment.

“Crown” is the lead track of the group’s debut album “The Dream Chapter: Star,” which was released on last March.

The quintet was instantly in the spotlight as the first group to debut from Big Hit Entertainment since the success of the agency’s other boy band, BTS.

TXT is scheduled to host the “2020 TXT Fanlive Dream X Together” fan event on March 7 and 8 at Blue Square iMarket Hall in central Seoul.