Iksan beckons for buffs of recent Korean history: Don’t underestimate the city, a repository of not-so-distant past

Iksan beckons for buffs of recent Korean history: Don’t underestimate the city, a repository of not-so-distant past 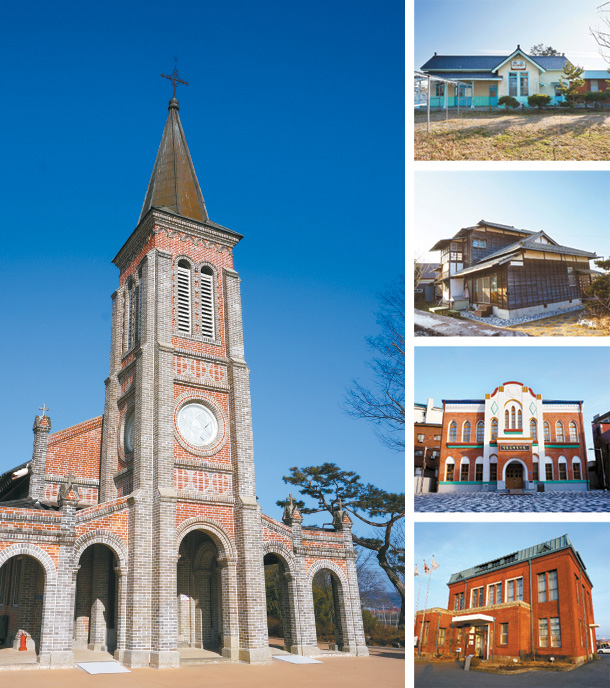 Gyeongju is often said to be the historical capital of Korea, but Iksan is fast becoming a competitor, and a viable one, too, given its ability to offer visitors both a glimpse into ancient Korea as well as exposure to some more recent wonders.

Last year was an exciting one for the city as the western stone pagoda at Mireuk Temple, the biggest Buddhist sanctuary during Baekje Dynasty (18 B.C. - A.D. 660), was unveiled to the public after 18 years of renovation work.

The pagoda - the oldest surviving pagoda in Korea - and the site was named as a Unesco World Heritage Site in 2015.

But the city has more for visitors looking to spend more than a few hours at the site.

Traces of Japanese occupation of Korea (1910-1945) remain downtown, such as the irrigation building used by Japanese government, which has been turned into an exhibition room telling the stories of Iksan locals today, as well as the Nabawi Catholic Church in the outskirts of the city, one of the few hanok-style cathedrals in Korea. Its origins date back to 1907.

The Korea JoongAng Daily spent a weekend in Iksan in January. Here are a few recommended sites to stop by if you’re looking for a little bit of history.

From left, Dudong Church on the northern outskirts of Iksan, North Jeolla, stands as evidence of Confucianism within the church in the 1920s and 1930s; an exhibition room at Nabawi Catholic Church located close to Dudong Church showcases several objects used by members of the church, including this piano; parts of a historic hospital in Iksan exhibited at Iksan Modern History Museum. [ESTHER CHUNG]

Once you get to the city, which is easiest by train if you are coming from Seoul, check out the Iksan Modern History Museum, located minutes away from Iksan Station, to get an overview of the city’s history.

The museum was built anew last year, and its exterior design was made using the parts of a building used as a hospital from 1922 to 1945. The hospital was run by an independence activist, Kim Byung-soo.

The museum details the history of Iksan from 1912 to today, emphasizing that the city used to be a hub for farm fields in the 1920s, and hosted one of the top farming schools in the country at the time, which, according to the museum, former President Park Chung Hee applied to but failed to get in.

Known for its rich farm fields, the Iksan area was exploited during the Japanese occupation of Korea, according to records at the museum. To find out more about this part of the history, visit Ikock Surijohap, or the Iksan Irrigation Association building, located just 400 meters (1,300 feet) south of the museum.

The building was once used by the Japanese government to collect harvests from Korean farmers to ship over to Japan during the occupation. The first floor of the building is being used as an office space, but the top floor, with wooden structures intact from its time, is open as a public exhibition room. When the reporter visited last month, there was an exhibition on “People of Iksan,” with posters and video clips of interviews with long-time residents of the city about their every day lives in the area.

There are a number of Catholic churches in Korea that feature elements from hanok (Korean traditional houses). The Nabawi Cathedral located north of the city center is one of them and is known among Catholics as one of the pilgrim sites in Korea. It is where Andrew Kim Tae-gon, the first Korean-born Catholic priest, landed in 1845 when he returned from his ordination in China.

The church was not in its current form when it was built in 1897 by French priest J. Vermorel. It was in 1907, when the church was built anew, that it took on the architectural design incorporating both elements of hanok and traditional cathedrals in Europe. It is the oldest Catholic church in the Jeolla region.

In addition to the giwa-tiled roof of the church, another Korean element is found in the windows. Hanji, a type of traditional paper in Korea, is used to decorate the windows and to give them a stain-glass look.

A small exhibition room within the church details its history, including how the church weathered the Japanese colonial period, though most of the contents are in Korean.

Confucianism in the pews

Sitting on the floor is an uncomfortable practice for those who are not used to it.

But that’s the way most Koreans sat back before.

Dudong Church, located about a 10 minute drive from the cathedral, has been preserved from when it was built in 1929. But the wooden flooring where men and women sat to listen to the preacher is not the only element of the building obvious to a visitor as they enter.

The church is split in two directions from the podium. The church building makes a wide V-shape.

“That’s the way we sat back in those days - men and women were split into two groups,” Yoo Yoo-soon, a 92-year-old resident of the neighborhood, told the Korea JoongAng Daily. “And we couldn’t even look at each other because there were curtains. It was all Confucianism back then.”

According to the church, the practice of keeping Confucianism within the protestant belief was to ensure that both women and men can access the Sunday services.

“Otherwise, only men would have been allowed in the church,” a pamphlet explains.

The building has not been in use for decades since a new one was built next to it, but the old site remains open for visitors.

Iksan is hoping to rise in ranks as a tourist destination among its neighboring cities in North Jeolla, by preserving additional spaces of historical value. The city government announced a plan last year to attract 5 million tourists by 2022.