BMW is taking orders for its new luxury car

BMW is taking orders for its new luxury car 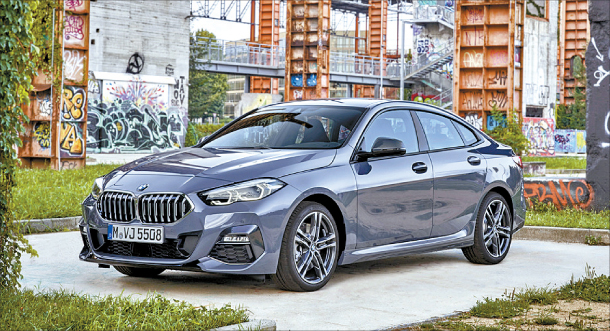 The all-new BMW 2 Series Gran Coupe is taking preorders in Korea with the price starting at 46 million won (＄39,000).[BMW KOREA]

BMW announced Monday that it is now accepting preorders for the 2020 BMW 2 Series Gran Coupe, which made its global debut at the Los Angeles Auto Show in November.

BMW presented the new compact sedan in Korea to compete with the Mercedes-Benz CLA, which launched last week.

Looking much like a smaller version of the 8 Series Gran Coupe, BMW’s very first four-door coupe in the compact segment maintains sporty design features, including frameless doors and a low, rounded roofline ending with the slim LED taillights.

From the driver’s perspective, BMW’s first-ever illuminated trim showcases the meticulous layout of the driver-oriented cockpit.

Equipped with a four-cylinder diesel engine and an eight-speed “Steptronic” automatic transmission, the new 220d Gran Coupe is rated at 190 horsepower and 40.79 kilogram-meters (295.03 pound-feet) of torque. Offered in the Advantage and Luxury trims, the four-door coupe comes with a fuel economy of 13.9 kilometers per liter (30.3 miles per gallon) and goes from zero to 100 kilometers (62 miles) per hour in 7.5 seconds.