‘Fear is spreading like a virus,’ VCNC boss says

‘Fear is spreading like a virus,’ VCNC boss says 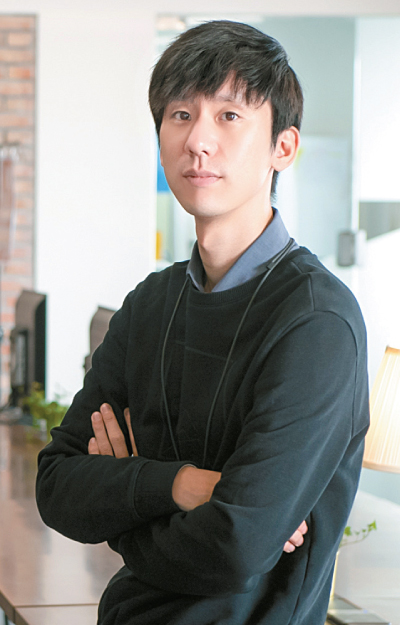 VCNC CEO Park Jae-wook poses at the office of VCNC, the operator of the van-hailing-app Tada, in Seongsu-dong, eastern Seoul. Park expressed his ambitions to transform Tada into a unicorn start-up, in an interview with the JoongAng Ilbo last Friday. Tada separated from its mother company Socar last Wednesday. [VCNC]

This week is being cast as the do-or-die moment for Korean mobility services - ride sharing, van hailing and the like. It is also seen as an inflection point for the sharing economy, and more generally for innovation.

On Monday, the National Assembly will begin discussing revisions to the transportation law that could render Tada all but illegal. It has become known as the “Tada Ban Law.”

Another decision awaits the van-hailing service, with the Seoul Central District Court scheduled to announce its decision on Tada’s legality on Wednesday.

Prosecutors are calling for one-year sentences for Lee Jae-woong, the CEO of Socar, and Park Jae-wook, the CEO of Tada operator VCNC, for violating the existing motor vehicle law.

In the midst of all this drama, Socar’s board voted last week to spin off Tada into an independent company with Park heading the new company. Park insists that Tada is not being dumped and that it will not be liquidated.

The JoongAng Ilbo set down with CEO Park last Friday, at his office in Seongsu-dong, eastern Seoul, to get his thoughts on the Tada controversy and hear his vision for the company’s future. Following are the excerpts from the interview.

Q. Why is Tada separating out from Socar?

A. Socar and Tada have different business models. Unlike Socar, which only lends cars, Tada is a business that also involves human drivers. To bring in new investment, it’s best to keep the “dynamic” business of Tada independent from its “stable” parent company. By managing the two businesses separately, I want focus more on growing them into unicorn companies as fast as possible. If Socar was planning to sell our company off, they would have transformed us into a subsidiary which is easier to liquidate.

How is Lee Jae-woong’s relationship with Tada different now?

Lee will not participate in the board of directors meetings of Tada. Like how he stepped away from the management position in Daum in 2008, he will only remain as the majority shareholder of Tada. All management decisions will be made by me and colleagues working at Tada.

Is Lee stepping back from Tada’s business completely?

Yes. We will go back to start-up mode and aggressively try to expand our business. From now on, young management and employees will actively grow our company. There is a hint of fear, but we are mostly full of ambitions and anticipations for the future.

[In October last year, Park announced a plan to increase the number of vehicles by 10,000 at a press conference marking the first anniversary of the van-hailing service.

The announcement came at a time when discussions were underway among government officials, the taxi industry and start-ups for new legislation to lift regulations for taxi-hailing platforms.

Massive protests by the taxi industry followed, and the law included a clause to completely ban Tada from continuing services. The prosecution indicted Park and other relevant individuals.]

Do you think you may have escalated the conflict?

We did create a lot of noise. But, the announcement was not intended to trigger anyone. I think people misunderstood our purpose. All we wanted to do was lay out Tada’s future plans at the event celebrating our first anniversary. You cannot maximize efficiency by causing conflict. In other words, we are not in for a fight. Our ultimate goal is to create a business environment where multiple mobility services can coexist. I admit we mishandled the situation, but Tada is also a young start-up that’s only been operating for a little more than a year. As we become independent this year, we will learn from our mistakes and come up with better ways to communicate our business strategies with the public.

The revised version of the passenger motor vehicle law does include a clause that bans Tada, but also includes a clause that allows innovative mobility services. Why are you against the law?

I support lifting regulations around taxi services, but how can I agree to a bill that literally kills our entire business? The revision regulates services of the future to protect existing services that will later become history. I’ve suggested to legislators about creating a separate bill for taxis, but they did not listen to our advice.

But you can pay a fee and receive a license for mobility platform services?

We were the ones who came up with the idea of paying a fee. But we can’t pay money upfront when there is no accurate information on the exact size of the market. Already, the taxi industry receives more than 800 billion won [$676 million] of government subsidies every year. It is unfair to ask a start-up to pay money first when we don’t even know exactly how many cars we can add without disturbing the market. In order to facilitate a sustainable business environment, [the government] needs to lift existing regulations and allow new industries to come in. That’s how you increase the market pie. This is why we need new technologies and platforms. The value of taxi licenses will stay the same if the overall market size grows large enough.

We have to point out the indictment. The prosecution proposed one year in jail. How do you feel about this decision?

It’s very sad. My mind went completely blank when I heard the announcement in court. The services provided by Tada are legal, already stipulated in the law, and it took many consultations with relevant government officials before it was released to the public. So, it was painful to be accused as a criminal.

[Around the time of our interview, a petition saying the government should not impose limits on the new industry circulated through social media. On Monday, 280 start-up heads and employees said they submitted a petition last Friday to the Seoul Central District Court asking the court to find Tada’s CEO not guilty for the crime alleged by the prosecution. ]

Have you heard that a petition in support of Tada is circulating on social media?

When I meet with fellow start-up CEOs, they always ask me if I am okay. They are also worried that their businesses might take a hit if Tada disappears. The fear is spreading like a virus. Young entrepreneurs are not thinking of ways to come up with innovative business. On the contrary, they are in fear of being hit with heavy regulations, like us, once their businesses get bigger in size.

[While Tada is facing hurdle after hurdle, Park says he never regrets starting his own business. Since his ultimate goal was to use technology to enhance people’s quality of life.

“What I want for now is a world where we can only focus on our business and the future. All we can do now is to keep our fingers crossed and hope for good results at the National Assembly and the court,” said Park with a trembling voice.]