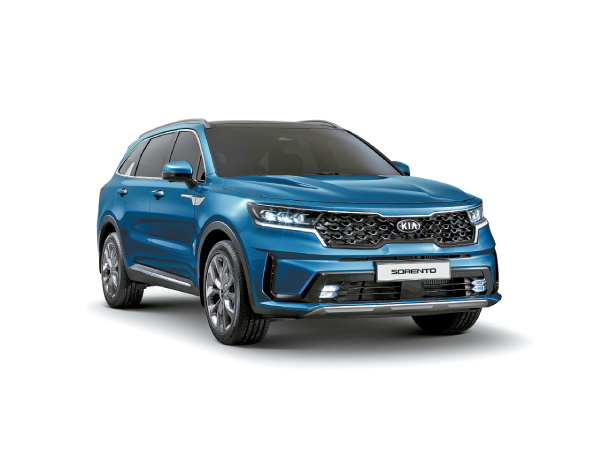 Kia Motors offered a preview of its fourth-generation Sorento SUV Monday, ahead of its official debut at the Geneva International Motor Show next month.

The mid-sized SUV has been fully redesigned since the third generation launched in 2014. The 2021 version adopts the company’s new design concept - “Borderless Gesture” - that combines the heritage of its SUV predecessors with the more refined, delicate style of sedans, Kia Motors announced in a statement Monday.

The automaker released teaser photos showing that the fourth generation Sorento will look tougher at the front and will be more boxy overall.

The updated SUV also has a “Tiger Nose” grille, a hallmark design feature that Kia Motors has applied to some of its recently released models, including the K5 sedan.

The interior is designed with a “Functional Emotions” concept, containing a 12.3-inch display cluster and a 10.25-inch display infotainment system. It will contain a dial-type gear shift with dual air vents that can be independently shifted in four directions.

Although Kia Motors did not release the new Sorento’s powertrain and other performance-related details, many have guessed that the car will come with hybrid variants to follow up with its eco-friendly initiative. Its sibling company Hyundai Motor similarly will introduce hybrid and plug-in hybrid versions of the Santa Fe and Tucson SUVs in the near future.

Hyundai Motor Group announced earlier this year that it will invest more than 100 trillion won ($84.6 billion) in the next five years to launch eco-friendly vehicles, commercialize an autonomous driving platform and introduce new mobility services to the world by 2025.

The latest Sorento is also in line with Kia Motors’ initiative to strengthen its SUV line-ups as global demand continues to rise for those vehicles. Kia currently sells the Telluride, Mohave, Sorento, Sportage and Stonic SUVs, while also offering the Soul boxcar and Niro hybrid models to consumers.

Kia Motors hopes the launch of the new Sorento will provide a boost to its 2020 goal of selling 2.96 million vehicles around the world, which would be a 4.9 percent increase from its total sales of 2.77 million units last year.