Tada, and future, get day in court

Tada, and future, get day in court 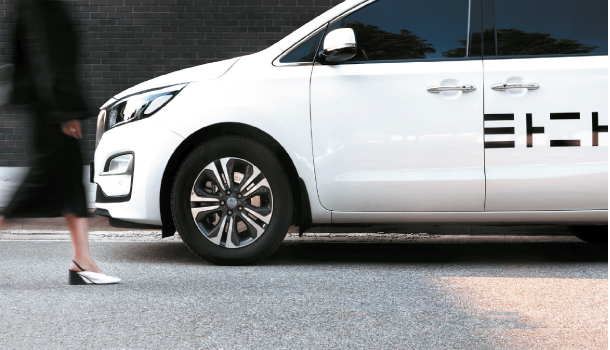 In the opinion of some, a decision tomorrow by the Seoul Central District Court will decide the fate of innovation in Korea. To them, the future hangs on the ruling.

Socar CEO Lee Jae-woong and VCNC CEO Park Jae-wook are on trial for violating the country’s transportation laws. Socar is the parent of VCNC, which runs Tada, a van-hailing app that is seen as violating the law.

Only licensed taxis are allowed to offer rides for a fee in Korea, and the Tada workaround - which involves hiring out 11-steater vans - is little more than fiction designed to disguise what are otherwise illegal taxis, the prosecutors allege.

They are calling for a year in prison for both men, who have been boldly operating the non-taxi taxi service for two years.

Tada and its executives are not alone in taking on the powers that be. It turns out that a legion of IT entrepreneurs are supporting them, seeing this as perhaps just the hill to die upon. It’s old world versus the new economy.

The prosecutors got started after a Seoul private taxi association drew up a petition last year.

On Friday, 280 start-up founders and employees signed a petition to the court urging that “the government, prosecutors and the National Assembly should not lock a new industry inside the walls of regulation.”

VCNC submitted the list to the Seoul Central District Court on Sunday, it said.

Tada’s defense is: It is nothing more than rent-a-car business providing a driver. Prosecutors have dismissed this claim, saying that Tada is indeed in the taxi business as long as its users treat it as a taxi alternative.

If you think it’s a taxi service, they are arguing, it is.

“For a 1-year-old start-up to collect 1.7 million users in this short time span is an extremely difficult achievement, and yet Tada has done just that,” the petition said, pointing out the service had gained popularity by using technology to effectively control supply based on demand forecasts.

Tada quickly became popular because many customers are dissatisfied with traditional taxis. Claims include not accepting passengers for short-distance fares and being generally unpleasant.

“Only users have the right to block the growth of a start-up that confirmed its legality, not traditional industry players. As start-up founders, we compete in and discuss future-driven ideas. But after seeing the risks faced by Tada, there have been frequent talks that it’s safest not to try new things or challenges at all,” it added, urging the court to rule to encourage start-ups “to challenge and innovate for a new future.”

“This world is no longer dominated by conglomerate affiliates based on traditional industries,” said Choi Jae-ho, CEO of Drama & Company, which operates the business card saving app, Remember, in the petition.

Kim Dong-shin, CEO of Sendbird, a San Mateo, California-based start-up that offers messaging solutions, said the news about Tada was “absurd based on [his] experience watching start-ups come and go in 50 countries.

“Is there really an environment in Korea that allows young entrepreneurs to do business at all?” he asked.

Unlike predecessors like Uber and Kakao Mobility, which eventually withdrew or reached an agreement with the taxi industry, Socar CEO Lee has refused to back down. He has instead made himself into a lightning rod.

“A society where nobody can innovate is dead. Making laws that block innovation will not allow the society to grow. I wish our society can accept innovation and nurture new dreams. Without it, this society is not sustainable.”