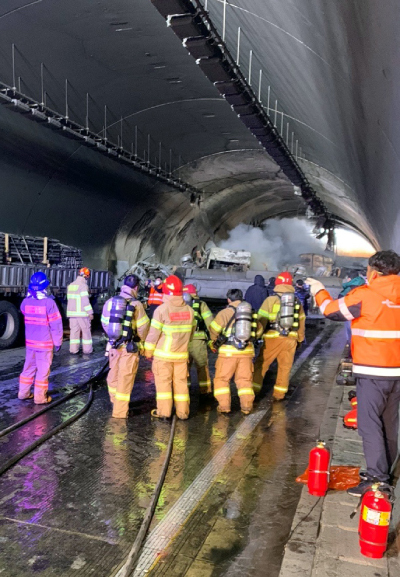 Firefighters work to extinguish a fire that ignited after a pileup inside Samae Tunnel in Namwon, North Jeolla, on Monday. At least two people were killed and 37 others injured in two traffic accidents in the country’s southwestern region following heavy snow. Around 20 vehicles piled up on a snowy road at 12:23 p.m. in a tunnel on a highway connecting Suncheon and Wanju in North Jeolla. In a separate case, five other cars piled up in a tunnel several hundred meters away from the accident site. Casualties are expected to rise as a tank truck carrying chemicals caught on fire, causing a toxic gas leak. [YONHAP]