Conveying the power of mothers with haegeum: Composers use emotion-evoking instrument to tell stories from around the world

Conveying the power of mothers with haegeum: Composers use emotion-evoking instrument to tell stories from around the world 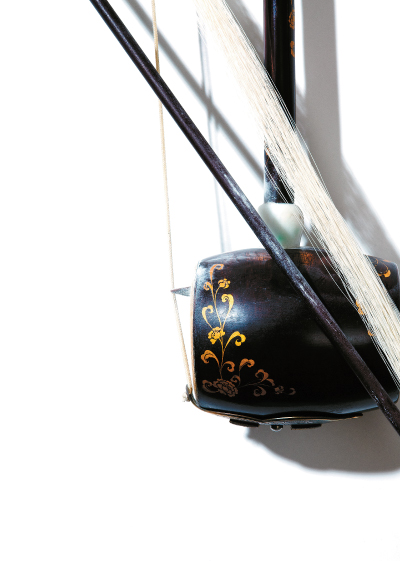 The haegeum is a traditional Korean string instrument. Despite having only two strings, it is one of the most expressive traditional instruments and is often regarded as the instrument that best represents the wavering emotions people feel daily. Perhaps because of the delicate characteristics of the instrument, most haegeum players in Korea have traditionally been women.

If so, what other instrument can better express the emotions of a mother than a haegeum?

This was a thought that came to Kang Eun-il, a prominent haegeum player in Korea and the artistic director of the Seoul Donhwamun Traditional Theater.

That is why she commissioned music from five composers from both in and outside of the country to write music for the haegeum under the theme of “Mother.” The outcome will be presented as a two-day performance on Saturday and Sunday at the Arko Art Center in central Seoul. The concert, titled “Ancient Futures: Stories of My Mother’s Mother’s Mother,” is presented as part of the 2019 Arko Selection project funded by the Art Council Korea.

The five composers Kang commissioned the works from hail from different backgrounds with different stories to tell about their views on motherhood.

Woody Pak, a Korean-American composer who participated in a press conference held last week in central Seoul ahead of the performance, said that Kang asked him to “think about four generations of women - your grandmother, your mother, your wife and your daughter, especially from an immigrant perspective.” 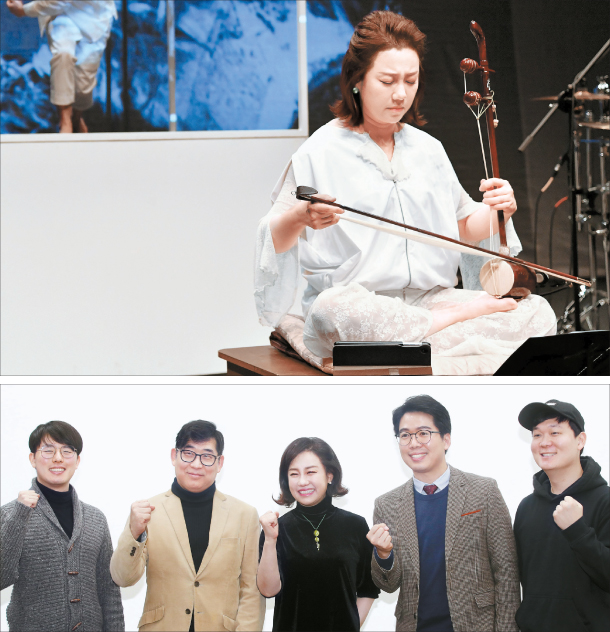 “This was an interesting process especially for me because I had three moms,” said Pak. “My dad married three times so my grandmother was the one I was really close to. She suffered a lot because I was a real mischievous boy.”

Pak wrote “4 Generations,” which has an EDM feel to it,” explained Pak.

“I see a lot of feminine qualities in the haegeum,” said the composer. “It is very emotional instrument. It is very expressive and very powerful, just like women. I think the theme really matches the instrument.”

Donald Womack, a composer based in Hawaii, wrote “Islands Rising.” According to Kang, Womack’s piece is inspired by the similarities between Hawaii and Jeju Island.

“In Jeju, there’s this folk song that people of Jeju sing to a goddess, and Hawaii also has a one called ‘Aia La ‘O Pele I Hawai’i’” said Kang. “Womack’s piece mixes these two songs and recreates his own version of ‘Islands Rising’ to express women as a being that creates life.”

Moise Bertran is a composer originally from Catalonia, an autonomous community in Spain. He wrote “Imagined Recollections,” which is about how women rise to power through wars as mothers of his country, according to Kang, who toiled to protect her family through the civil war.

The two other composers are Korean. Kim Sung-guk wrote “Wing” for the haegeum and piano, a piece that pays respects to all the mothers of Korea, and Han Jin-gu, who is also Kang’s son, wrote about how he would feel when his mother passes away.

“I grew up in a family of three girls, as the third daughter in a rather male-centric society and era,” said Kang. “I guess my birth as the last daughter in a family kind of disappointed my parents as most parents of that time preferred a boy. Growing up with such ‘guilt,’ which was wrong of course, pressured me in many aspects, and I didn’t want my daughter, who is now a teenager, to feel that way. I want to tell my daughter, all the daughters out there, that they are a precious being no matter what, through music.”