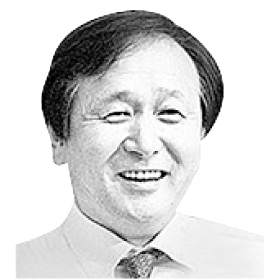 Junn Sung-chull
The author is chairman of the Institute of Global Standard.

Justice Minister Choo Mi-ae is at the center of controversy. She cited the protection of human rights in justifying her three main prosecutorial reform measures, but the measures have only invited a public backlash.

First, Choo suggests we ditch the so-called principle of uniformity of prosecutors. One may ask what the principle is. It is a principle needed in all professional organizations, not just the prosecution. Just think — how much training does a single surgeon have to go through to be skilled at his or her job? Just imagine the profound knowledge and experience those surgeons need to perform a critical surgery. After graduating from medical school, they have to spend years as interns and residents, and even after becoming a medical specialist, they have to build clinical experience for a long time.

For a successful surgery, they should meet another requirement — the principle of uniformity. In an operating theater, many people — including assistant doctors and nurses — must carefully collaborate with the surgeon so as not to cause an accident. When a critical issue — such as bioethics — pops up during a surgery, the head of the hospital intervenes. That’s how important the principle of uniformity is in the medical field.

The same goes for the prosecution. Becoming a leader requires a high degree of professionalism. To determine whether to seek a pretrial detention warrant for a suspect and decide how many years of prison should be recommended in court, prosecutors not only have to investigate what’s true or false, but also must consider all aspects of the law. In a nutshell, prosecutors need as much professionalism as a surgeon performing a delicate operation. That is why the very principle of uniformity is required from members of the top law enforcement agency.

Then why do only prosecutors need this principle in the government? Because unlike other government ministries that provide public services, prosecutorial services can inflict more direct — and severe — harm to people. Going to prison is one of the most painful experiences a person can possibly have. That is why the United States, which arguably values human rights the most among all countries in the world, strictly abides by this principle. Proof of this can be found in the U.S. attorney system. The United States has 93 attorney offices throughout the country, and in each office, there’s an attorney, a first assistant attorney and hundreds of assistant attorneys.

A while ago, Justice Minister Choo told junior prosecutors to distance themselves from their command and discipline culture. That’s like a health minister telling junior doctors at national hospitals to ignore their senior’s orders. That’s appalling.

Second, Choo refused to disclose the full text of an indictment for 13 Blue House officials and other figures who allegedly intervened in the 2018 Ulsan mayoral election to help President Moon Jae-in’s long-time friend win the race. She cited the need to protect their human rights. That does not make sense. Choo must ask herself why the United States, which protects human rights more than any other country, chose to disclose the full text of indictments with few exceptions. Because that way, the United States believes a judge will make a more righteous ruling in courts.

Americans prioritize justice over human rights, because without justice, one’s human rights can be risked. The last bastion of justice is trials. Throughout centuries under the democratic system, America has come to realize that a fair trial can only be guaranteed by truth. Hampering the revelation of truth only leads to wild rumors and false speculation. The U.S. government sometimes even discloses the identity of a rape victim in its indictments. On what grounds is Choo dogmatically trying to abolish the indictment disclosure system that is working perfectly fine right now?

Third, Choo says she would separate prosecutors into two groups — one in charge of investigations and the other in charge of indictments. This decision also neglects the prosecution’s basic operation principle. A prosecutor’s mission is to embody justice, and their means for that goal is seeking indictments and recommending jail terms to the court. In their crusade for justice, prosecutors must know the overall facts and truth surrounding a crime. With the case of Jean Valjean’s theft of bread, for instance, prosecutors had to understand all aspects of the case, including his personality, his reasons behind the crime, and how he grew up. Based on such information, prosecutors decide how many years of jail to seek for him. In short, an investigation process is essential for prosecutors to realize justice based on solid evidence.

To separate investigations from indictments hinders this justice-embodiment process. It also contradicts a prosecutor’s sense of duty to tell them to receive some computer files from their colleagues handling investigations of criminal cases and realize justice. How on Earth can this help enhance human rights?

It is possible to separate the rights of investigation and indictment between the police and the prosecution, as it pertains to the realm of dividing law enforcement authority. But separating prosecutors by the standards of indictment and investigation is a disastrous system with absolute zero benefit. That is why there is no such cases in other countries.

Choo’s three prosecutorial reform measures are preposterous to the point of evoking a plethora of suspicions. Many critics wonder if Choo’s real intention is to protect the government — not justice — at all costs. I don’t want to think they are right. But if that’s not the case, I cannot but suspect that Choo is way too ignorant.