Switch on the reactor

Switch on the reactor 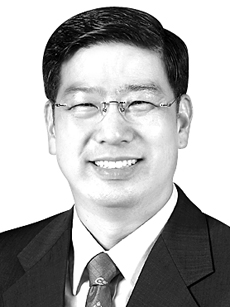 Yang Joon-mo
The author is a professor at the department of economics at Yonsei University.


The Moon Jae-in administration’s policy on nuclear reactors has gone far beyond reason. The lead-up to its decision to permanently shut down the Wolseong-1 Reactor has raised serious questions. The government should not force its unreasonable policy on the people to seek political gains.

It is almost certain that the government had been behind the hurried decision by the board of the Korea Hydro and Nuclear Power (KHNP) to pull the plug on the oldest reactor even before its legitimately extended lifetime ends 2022. The reactor authority received a government order to take action to follow the government’s policy to phase out of nuclear reactors. Although the government has left the decision up to the KHNP, the pressure was obvious, as the government counted out the contribution from the Wolseong-1 Reactor when it drew up its mid-term electricity supply-demand outline.

The review by the Nuclear Safety and Security Commission (NSSC) — which has the last say in reactor affairs — is also suspicious. Retired government officials with less knowledge of reactor operations led the decision on the permanent shutdown. How hard the commission studied the ramifications on the economy and society — as well as the security and economic aspects — remains unclear.

The KHNP was forced to hold a board meeting and conduct a faux economic feasibility test to satisfy the government. The report that was used to argue for the early retirement of the Wolseong reactor cannot be a reliable base for the decision for a permanent shutdown.

The original report in May 2018, compiled by an outside auditor, concluded the reactor has economic value. But later, the report was revised with a baseless scenario vulnerable to arbitrary interpretation and judgment.

The report said that a reactor has no value when sales cost plunges to 48.8 won (4 cents) per kilowatt hours (kWh) and utilization slips to 54.4 percent, to make the Wolseong reactor look as if it does not meet the requirements. But anyone familiar with the electricity industry would laugh at the thought.

In Korea, electricity is sold at the generating cost. Generators with lower production cost are first to be activated. Nuclear reactors are prioritized because they can make power cheaper than other power generating sources. The utilization rate of Kori unit 1 was 99.7 percent before it was permanently unplugged in 2017. Given that case, the Wolseong-1 Reactor could not have run below 50 percent of its full capacity.

The assumption on sales cost is also ludicrous. The KHNP would profit enormously if it can let the market decide the price. But to prevent such excess, the operator is required to base its sales prices on generating cost so that it earns an appropriate level of profit.

The fuel cost should have gone down if the electricity sale price fell. Under the rate structure, the KHNP cannot make big money, but also cannot lose.

It is therefore ridiculous to argue that reactors do not have economic value. Stopping the Wolseong-1 Reactor, which is perfectly normal in safety and economic standards, is undoubtedly negligence of duty. The government must answer if it was behind the move.

Nuclear reactors not just make profit for the operator, but also generates social value. It is a social waste to idle a reactor that can make electricity as cheap as 48.8 won per kWh — much cheaper than electricity generated by power stations running on much more expensive imported natural gas. The reactor has gone under repair and upscaling work at a cost of 700 billion won to ensure safety. The only extra cost to generate electricity would be fuel cost and other minor expenses.

The cost for fueling nuclear reactors is just one twenty-fourth of the cost for running gas-powered stations. Nuclear reactors also do not emit any fine dust or greenhouse gas. If the Wolseong reactor is plugged back in, there are only gains to the society.

Energy is the pillar of an economy. Political reasoning must not interfere. The government must leave out its lopsided political considerations and switch the reactor back on for the benefit of the people.