From top, an advertisement in the Maeil Sinbo promoting the release of “The Panoramic View of the Whole City of Kyeongsung” with “The Righteous Revenge.” Scenes from “The Houseguest and My Mother” (1961), “Heavenly Homecoming to Stars” (1974) and “Spinning the Tales of Cruelty Towards Women” (1983). [KOREAN FILM ARCHIVE]

The honors given to director Bong Joon-ho’s “Parasite” - including four Oscars, as well as the Palme d’Or at the Cannes Film Festival - aren’t only a triumph for Bong and the film’s cast and crew. It’s also a major milestone in the 100-year history of Korean film.

Following Bong’s achievement, many public figures in Korea, including President Moon Jae-in, sent congratulatory messages to Bong and his team noting how the awards came as a “timely gift,” and saying how happy they were that “Parasite” marked the start of the next century of Korean film.

To be exact, 2019 - when “Parasite” became the first Korean film to win the Palme d’Or - was the centennial anniversary of Korean cinema. Over the past 100 years, the Korean film industry has grown rapidly, becoming the fifth largest player in the world by the number of box office ticket sales, according to the Unesco Institute for Statistics.

Oct. 27, 1919, is the day that Korean film made its debut at the country’s first local cinema, Dansungsa, in central Seoul.

It is widely known that the first local film that was screened in Korea was “The Righteous Revenge,” by director Kim Do-san. The movie had proper plot and actors, but took the form of a kino drama, or a stage performance with brief clips of scenery shown in between. Due to this fact, some industry experts insist that “The Righteous Revenge” cannot be called a proper film.

Many people don’t know that there was another film that also premiered that same day. 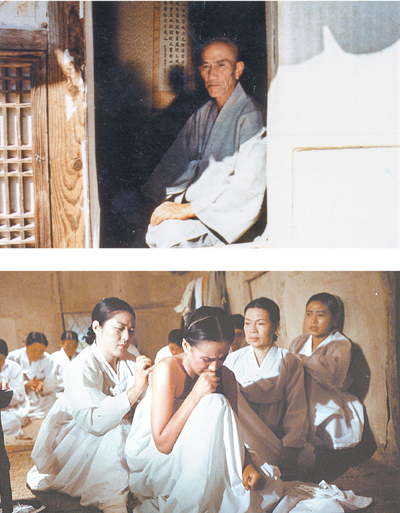 On Oct. 27, “The Panoramic View of the Whole City of Kyeongsung” was screened at Dansungsa before the screening of “The Righteous Revenge.” The film was a documentary, featuring everyday scenes of Kyeongsung (former name of Seoul), such as the Han River bridge, Noryangjin, Ttukseom Island, Namdaemun and more. The documentary’s purpose was to film scenes that would be added to “The Righteous Revenge.”

According to an article published on Oct. 28, 1919, in the Maeil Sinbo, the oldest Korean daily newspaper, now known as the Seoul Shinmun, audiences were “equally as enthralled by seeing real-life sceneries on the screen.”

Although the film was hailed by the audience, it was not regarded as a proper film because it was a documentary.

According to first-generation film critic Kim Jong-won, the filmmakers and officials back then did not have an understanding of documentaries as a form of film.

“Back then, actors had to be featured in a film for it to be regarded as a film,” said Kim.

What qualifies as the first Korean film ever screened may not seem like a big deal to those outside the film industry, but the critic argues that it is crucial.

“Never in global cinematic history was there a country that named a kino drama the foundation of their first film,” Kim said. “What the Lumiere brothers first filmed with their cameras was less than two minutes of footage of workers leaving the Lumiere factory in 1895. There wasn’t any acting in there either. Just being able to capture real moments in life on screen was considered phenomenal, and that’s where the art of cinematography derived from, eventually spreading to England, Russia and the United States.”

However, Kim recognizes the significance of “The Righteous Revenge” because the documentary was brought into existence due to the kino drama.

“Still, it seems pointless to select [‘The Righteous Revenge’] as the advent of the local film when there is a perfectly fine documentary that is equipped with all the assets necessary to constitute a film,” he said.

Korean films faced strict censorship beginning in 1919. The country underwent Japanese colonial rule (1910-1945), experienced the Korean War (1950-1953), and was under military dictatorships of former presidents Park Chung Hee and Chun Doo Hwan until the country finally achieved democracy in 1987. Throughout that time, movies were subject to government censorship for any number of reasons, ranging from national security to being deemed as anti-government.

Director Lee Jang-ho, who debuted with the film “Heavenly Homecoming to Stars” in 1974, views the Korean cinematic history as a “rags to riches” story.

“The turbulent eras that the country went though became its own unique contemporary history that led to the birth of great minds such as BTS, Bong Joon-ho and Park Chan-wook,” Lee said.

However, the director says that artists from earlier eras were discouraged by self-censorship during the authoritarian regimes.

“It’s really tragic, but before the social implications could limit our boundaries, we [the artists] were already suppressing ourselves to adjust to the institutions of the time,” he said. “Self-monitoring began from the start of the production process, when we had to decide what types of films we wanted to make. All of the films [during that era] came out that way.”

Professor Yu Gi-na from the theater department at Dongguk University says that film is particularly sensitive by local and international politics.

“Films are [made] in relation with cultural, social and political matters,” Yu said. “While some might say that it took a long time for local films to be accepted by global society, we need to be aware of the fact that the country only gained democracy in 1988. No matter how good a film is, you can’t expect it to surpass the development of the country’s national identity.”

Globally, Korean films began to be noticed in the mid-1980s. “Spinning the Tales of Cruelty Towards Women” (1983) by director Lee Doo-yong was the first Korean film to be invited to screen at the Cannes Film Festival, in the Un Certain Regard section. Five years later, the small, independent film “Why Has Bodhi-Dharma Left for the East?” (1989) by director Bae Yong-kyun was invited to be screened at the 42nd Cannes Film Festival in the same category. The film went on to win the Golden Leopard award and the Prize of the Ecumenical Jury that same year at the 42nd Locarno International Film Festival.

Then, “The Surrogate Womb” (1986) by director Im Kwon-taek reaped an unexpected but an outstanding victory when the lead actor Kang Soo-yeon won the Best Actress Award at the 44th Venice International Film Festival in 1987. But because no one expected Kang to win the award, nobody from the film was present to receive the award, which one of the festival organizers accepted on Kang’s behalf.

“Before local films began to be widely exported overseas, Korean films first got recognized through film festivals, such as director Im’s “Seopyeonje” (1993), when it premiered in Paris,” Yu said. “But I remember [in the 80s] the local press was also oblivious to international film festivals, because I was the only Korean [in Cannes] at the time.”

Industry experts say that a new gateway has opened after director Bong’s victory at the Oscars.

“The renaissance of Korean film has finally come,” noted Kim. However, Kim believes that although receiving four Oscars is a feat, the media and the public should keep in mind that the award ceremony is a local film event.

“The Academy Awards were initially created to reward American films,” Kim continued. “Non-English films were in the non-mainstream group, which is why they received an award from in the Best Foreign Language Film category. I know that the Academy has been trying to be more open towards non-English films since last year, but still, we should be humble enough to realize that.”

To preserve and strengthen the vivacity of the local film industry, Kim and director Lee caution that Korea’s current cinematic structure, in which big multiplex chains such as CJ ENM, Lotte Cinema and Megabox wield ultimate power over distributions, poses a problem.

“We now have a new obstacle ahead of us to topple, which is blindly following the success and trends of commercial films,” Lee pointed out. “Film producers and directors are now trying to adapt to current trends, and they are refraining from experimenting.”

“Within this structure, diversity will dry up as independent films dwindle,” Kim added.

At the press conference celebrating the success of “Parasite” on Wednesday, director Bong also shared his worries and hopes about the future of the domestic film industry.

“‘If aspiring directors today [write] a script like ‘Barking Dogs Never Bite’ [2000] and a script like ‘Parasite,’ which one would get the investment it needs to go into production?’ is the question I ask myself nowadays,” Bong said.

“At the beginning of 2000, I think there was a healthy, dynamic mixture of independent and mainstream films while I made ‘Barking Dogs Never Bite’ and ‘Memories of Murder’ [2003]. The local film industry has spread far and wide over the last two decades, but at the same time it has become harder for talented young creators to adapt to the commercial structure of the industry. So instead, they prefer to make independent films rather than be absorbed into the mainstream. We should always remember how the booming Hong Kong film industry in the 1980s to 90s died out. If we don’t want to walk the same path, the local industry shouldn’t be hesitant to explore, to take risks and make experimental films which the mainstream industry should embrace.”