Shin Dong-bin has resigned as the chief executive officer of Hotel Lotte, clearing the way for an initial public offering (IPO) of the company and setting the stage for good pricing in the markets.

The resignation is related to Shin’s consolidation of control, as a higher stock price for the company would further dilute the influence of the Japan side of Lotte Group. 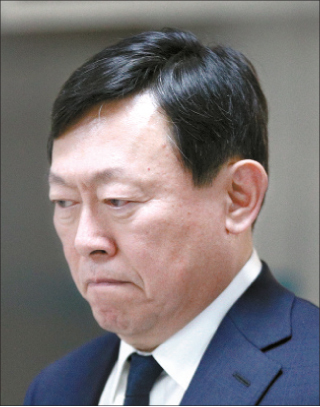 Hotel Lotte announced in a public filing Wednesday afternoon that Shin resigned as CEO on Dec. 31. He had been the chief executive since 2015. Shin remains CEO of Lotte Corporation, Lotte Confectionery and Lotte Chemical.

He is also the chairman of Lotte Group, the fifth-largest chaebol in the country by assets, and the largest single shareholder of Lotte Corporation. A company spokesperson said that Shin will continue to have influence on the direction of Hotel Lotte despite his resignation.

Shin was found guilty of bribery and embezzlement in 2018. His departure from the top post could help address doubts about the integrity of management.

With Shin now out of the day-to-day operations, the offering process could go more smoothly, and most importantly, the shares could command a better price in the public markets.

“An IPO is essentially about putting a price on a company. If a company’s leader has ethical issues, investors may think the negative issue can be repeated in the future and affect the stock price,” said Lee Bomi, a researcher at the Korea Institute of Finance. “It seems the resignation is more intended to raise the corporate value by expressing the company is willing to overhaul the corporate governance and shift into a professional manager leadership structure,”

Japanese shareholders still own almost all the shares of Hotel Lotte. The IPO would reduce their control of the company, and in turn the group, and confirm Shin as the leader of Lotte companies in Korea.

Shin has been working on simplifying the ownership structure of Lotte Group since 2016. One major element of the initiative was to reduce the number of cross-shareholdings.

Lotte Corporation was established in 2017, and it became a major shareholder of a number of Lotte companies through mergers and the acquisition of shares.

An IPO of Hotel Lotte was planned for 2016, but the listing was cancelled as the company was overwhelmed by legal difficulties and was unable to get the deal off the ground. Press reports at the time said that the IPO could have raised up to $4.8 billion

Shares of Lotte Corporation dropped 1.38 percent in trading yesterday, while shares of Lotte Shopping fell 4.46 percent to an all-time low.