Originally a German brand with a 165-year history, Physiogel is sold in many countries but has been particularly successful in Korea. Its products are called dermocosmetics, which refer to products fit for sensitive skin, often used after dermatological procedures. 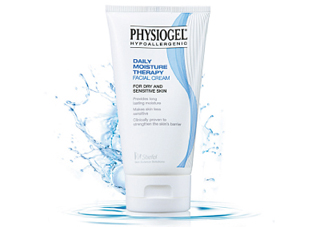 Physiogel started selling through dermatologists upon its 2002 launch in Korea and eventually expanded to health and beauty stores as its popularity went up via word of mouth.

In 2018, Physiogel’s global sales were around 110 billion won ($91 million), and the Asia market accounted for 60 percent. Korea was the biggest market of all, making up about 30 percent.

“Dermocosmetics is a rapidly growing segment,” LG said in a Thursday statement. “Based on our prior success of acquiring CNP [Cosmetics] in 2014 and developing it into a 100 billion won in revenue brand in 2019, (…) we plan to elevate Physiogel into a global derma brand using our research and development, production capacity and global network.”

“Physiogel does not stand out much in the global dermocosmetics market, but in Korea the brand has been successfully established as professionally-made dermocosmetics sold through clinics, pharmacies and drugstores,” said Lisa Hong, Euromonitor International’s senior analyst for beauty and fashion.

“Synergy between LG Household & Health Care and Physiogel will be powerful enough to compete with pharmaceutical companies.”

The deal comes after LG’s acquisition of U.S. cosmetics firm New Avon last August. This is the 24th acquisition that LG has made under the leadership of Vice Chair Cha Suk-yong.