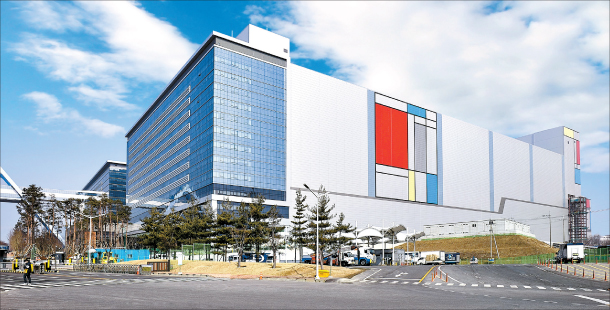 Samsung Electronics began mass production at a new factory Thursday, where it uses a chip-manufacturing technology the company says is suited for emerging technologies like 5G and artificial intelligence.

EUV technology enables scaling down of complex patterns on chip wafers, according to Samsung. It’s considered a core technology for the company’s foundry business.

The chips are manufactured at Samsung’s V1 facility, part of the company’s Hwaseong unit in Gyeonggi.

Construction on the factory began in 2018. The production line’s first products will be delivered to customers in this year’s first quarter.

“Along with technology leadership and design infrastructure, manufacturing excellence is one of the most important elements of the foundry business,” said Dr. ES Jung, the president and head of Samsung’s foundry business. “As we ramp up production, the V1 line will enhance our ability to respond to market demand and expand opportunities to support our customers.”

The facility will continue to upgrade its EUV lithography down to producing three-nanometer modes, the company said.

“Last year we announced a vision to become the world’s No. 1 in system semiconductors. We should keep up efforts to realize our dream of contributing to humanity through these small chips,” Samsung Vice Chair Lee Jae-yong told employees working at the V1 facility during his visit Thursday.