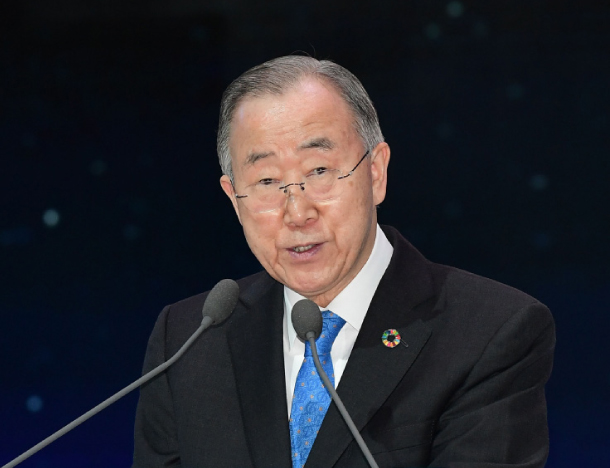 Ban, who has long championed the cause of climate change, was appointed to the post in February 2018. Last October, he was reelected to serve another two-year term as president of the assembly and chair of the council of the GGGI.

Ban, a former Korean foreign minister, served as the eighth secretary general of the UN between 2007 and 2016 and led the landmark Paris Agreement adopted in December 2015 to combat climate change.

GGGI will participate in the second Partnering for Green Growth and the Global Goals 2030 (P4G) summit in Seoul in June, which aims to achieve the United Nation’s Sustainable Development Goals (SDGs) to end poverty and create a more sustainable future, including taking action on climate change. The first P4G summit took place in October 2018 in Copenhagen.

“Leading the institute is not a new endeavor for me, but rather, a continuation of my previous mission at the UN,” said Ban in the statement. “Although GGGI is much younger and smaller than the UN, it is a treaty-based intergovernmental organization, the existence of which is to counter climate change by working very much in tandem with the Paris Agreement and the SDGs.”

The GGGI was launched in central Seoul in 2012 and promotes sustainable economic growth in developing and emerging countries.

Since last December, the GGGI and the embassies of Denmark, France, Britain and the European Union launched a civil society campaign to raise public awareness in Korea of air pollution and climate issues.