First outside director to head Samsung board

First outside director to head Samsung board

For the first time, Samsung Electronics appointed an outside director to serve as chairman of its board of directors, an attempt by the company to increase transparency in corporate governance.

The electronics giant announced in a statement Friday that former Finance Minister Bahk Jae-wan will immediately replace Lee Sang-hoon, who was jailed late last year for interfering with union activities. 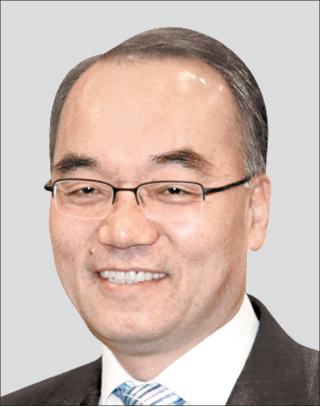 Bahk, who served as finance minister from June 2011 to March 2013 during the Lee Myung-bak administration, has been a board member of Samsung Electronics since March 2016. He also served as minister of employment and labor from August 2010 to May 2011.

It is the first time Samsung Electronics has named an outside director to serve in its top position, and the smartphone and microchip maker said the move was aimed at increasing transparency and the independence of the board.

“Bahk has a deep understanding of the company and the board, and we expect him to lead strategic decision-making processes with his ample experience as an administrator, including his work as finance minister in the past,” Samsung Electronics said in a statement.

Bahk succeeds Lee, who offered to resign last week after being sentenced to 18 months in jail in December. He is now in jail.

A court ruled that Lee and 25 former Samsung Electronics employees violated domestic labor laws. They were accused of formulating and executing plans to disrupt organizing activities by the company’s workers.

A Samsung Electronics labor union under the Federation of Korean Trade Unions officially launched in November. The company had three small labor unions before. This was the first to be started under one of the country’s two largest umbrella union groups.

To enhance board independence after Samsung Electronics Vice Chairman Lee Jae-yong was embroiled in a political scandal that led to the removal of President Park Geun-hye in 2017, Samsung Electronics split the chairman and chief executive roles in March 2018.

Also in the Friday statement, Samsung Electronics said the board decided to add two of its executives as new board members.