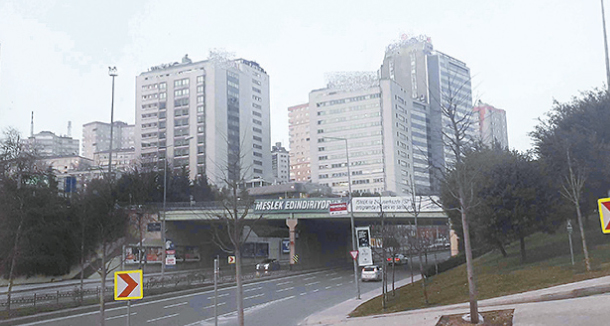 Office building of a Korean company in Istanbul, where Korean expatriates were attacked by unknown local residents last year. [YONHAP]

Being a Korean expatriate for a large corporation was once seen as a big opportunity. Companies would pick up all sorts of costs and pay a wide range of allowances. Housing was subsidized, tuition was paid for children and car maintenance was covered.

Now, it’s not such an attractive deal. Living conditions are more challenging, and the perks have been cut back.

One Korean executive working for a chaebol and in charge of a factory in an industrial zone near Beijing says he is alone now, as his wife and child left due to illnesses related to the poor air quality.

“The salary here is 1.3 times higher than in Korea, but I regret coming here. I just wish my successor would come soon,” he said.

Since the term for expats is normally three to five years, the working environment is important. Another Korean executive gave up his assignment in Brazil.

He said that he was concerned about the safety of his family and was concerned that Portuguese would not be a useful language for his children in terms of future job and education prospects.

Samsung Electronics puts countries into one of four categories depending on the level of hardship. Indonesia and Malaysia are at the same level and are not considered particularly challenging, while Nigeria, Pakistan and Iraq are deemed to be more dangerous and difficult for executives.

Another expatriate employee notes that the cost of housing in Shanghai makes it difficult for him. He has to live an hour and a half from the office. Korean food in Shanghai, he adds, is twice the price of the same products at home. To make matters worse, the prices of international schools have been driven up by wealthy Chinese people.

Companies are cutting back on subsidies for employees sending their children to boarding schools in English-speaking countries such as the United States, Britain and Canada.

In the past, promotions were guaranteed once expats returned. Now, the returning employees are given no special treatment. One human resources employee at a chaebol said that while workers returning from overseas assignments are seen positively, they get no extra points in the promotion process.

Another executive noted that employees away for half a decade can fall behind in terms of competition for better jobs. He said that the returning expatriates need to stand out to get ahead.

If the overseas branch performs poorly, that can reflect poorly on a person returning from that post.

After winding down its Chinese operations, Lotte Mart only has 9 expats in China after having 56 workers there in 2015. Over the same period, Lotte Department Store reduced the number of Korean employees from 52 to 11.

“I worked so hard with a dream to succeed, but I think my ability is underestimated after the business shut down,” a former Lotte Shopping expatriate employee in China said.

The increasing demand for work-life balance is also relevant.

An executive in his 40s working at an LG company said that going abroad was seen as a sign of success before. Now it seems like a hassle and is especially unattractive if the employees are not properly compensated for their sacrifices. As the workweek is now 40 hours at some companies in the home market, and with international travel being cheap and easy these days, he sees little point in taking an overseas assignment.

Now that more women in Korea have their own careers, living overseas for the sake of a spouse can be a costly exercise.

“The opportunity cost is too great compared to what we get in return,” a female employee of an SK company said.

One remaining benefit is in terms of college admissions. Universities have special programs for the children of expatriates.

But even this is no longer the draw it was in the past. With Koreans getting married later, the children of executives working overseas are usually too young to benefit.

Local recruitment has become the trend in foreign countries, a CJ Group official said, adding that expatriate positions are limited to administrative roles.