Politics over the people

Politics over the people 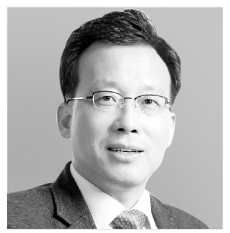 “The single biggest threat to man’s continued dominance on this planet is the virus,” warned Joshua Lederberg, American pioneer in the field of bacterial genetics who won the 1958 Nobel Prize for Physiology.

With apologies: “The single biggest threat to the ruling power’s continued dominance in a country is the virus.”

The new coronavirus, which originated from Wuhan, China, in December, is threatening the lives and safety of people around the world. Governments that failed to contain the spread face political risks.

China, South Korea and Japan are top three in the tally of infection cases. The ranking is shameful for the East Asian countries as it underscores a poor capacity to contain infectious disease.

The Moon Jae-in administration ignored repeated warnings from experts for strong action to curb entry of the deadly virus. It dilly-dallied so as not to upset Beijing and stuck to a plan to invite Chinese President Xi Jinping before the April 15 parliamentary election. The government needed Beijing to back its policy on North Korea and revive dialogue as well as to help remove China’s unofficial sanctions on travel to Korea and Korean products.

Such political considerations to help vote counts for the ruling party candidates in the April elections gave the impression that the government was more concerned about upsetting Beijing than the safety of its own people. Foreign Minister Kang Kyung-wha stressed the need for Xi’s visit in the first half and offered to send Korean medical professionals to China. Health Minister Park Neung-hoo talked as if he represented another country. “Korean nationals who had visited China were a bigger threat than Chinese tourists,” he said. Justice Minister Choo Mi-ae praised the government that had been passive in controlling Chinese travelers from entering Korea.

Moon dropped by a marketplace in Onyang, North Chungcheong, early this month. When he asked one shopkeeper how business was, she coolly answered that it was not good. Moon looked sincerely surprised by the blunt response. But the answer is the reality.

As cases multiplied, the government and ruling party have found a scapegoat in the Shincheonji church. But many of more than 70 people who have no relation with the controversial group also came down with the illness after their recent pilgrimage tour to Israel. Whether you believe in a heresy or an orthodox church does not make a difference in being infected with the virus. The virus originated and spread from China, but the government has not been strict with entry controls.

Over 2,000 have died in China because of its rigid bureaucracy of the socialist single-party system. Dictatorship has caused the mass casualties. A new strain of virus was identified on Dec. 1, and first person-to-person infection later in the month. But the Communist Party obsessed to make China a superpower hid the fact. It imposed a lockout on Wuhan only on Jan. 23 after the first death on Jan. 11.

The Chinese doctor who first raised the alarm about the new virus on Dec. 30 via social media was summoned by the police and forced to promise in writing not to spread “false news.” Censorship cost lives. Even as a Chinese lambasted the government for its irresponsibility and indifference on YouTube, state media went on with the propaganda campaign.

Japan responded poorly to the virus attack for fear of bad publicity ahead of the Tokyo Olympics in July. Prime Minister Shinzo Abe in power for more than seven years is eager to make the Summer Olympics his biggest achievement. Then the Diamond Princess arrived.
It quarantined the ship with infected patient yet neglected the people inside in order not to ruin the upcoming Games. Now Tokyo is grappling with the backlash for putting greater priority on Olympics marketing over human lives.

The three East Asian governments have all acted beyond reason because political factors mattered more than lives. The three nations share the Confucius tradition. The ancient Chinese sage Mencius said the ruler is like a boat and the common people the water. If the ruler upsets the people, the people can tip the ship. People must come first no matter what.