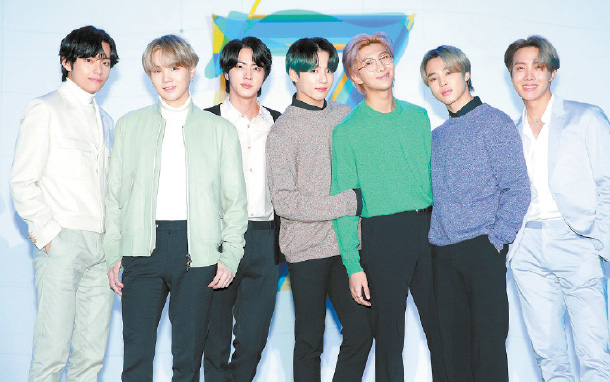 Updates about the event will be posted on the agency’s official website and social media in the coming days.

Meanwhile, the coronavirus outbreak did not hinder the album’s popularity. The album is reported to be on course to take the top spots on the Billboard 200 and the British Official Albums Chart. BTS has also topped Japan’s Oricon album chart with “Map of the Soul: 7.”

According to chart results from Oricon on Tuesday, BTS’s latest album was number one on Oricon daily album chart dated Monday after selling 227,204 copies in Japan.

Earlier this week, Billboard and Official Charts said “Map of the Soul: 7” is on its way to top their main album charts.

In Korea, the album has sold more than 3 million copies in less than a week since its release last Friday, a record-high first-week sales for a Korean album.