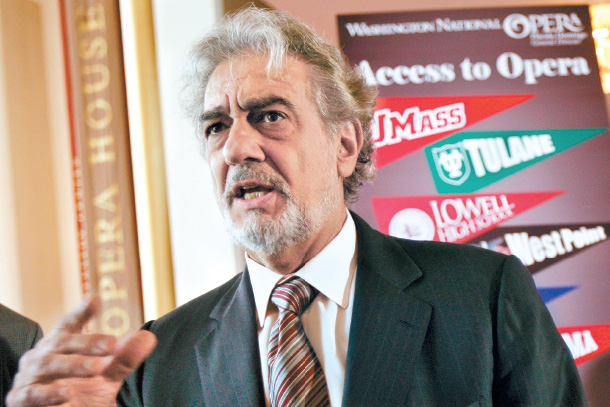 An investigation into Placido Domingo, above, by the U.S. union representing opera performers found more than two dozen people who said they were sexually harassed or witnessed inappropriate behavior by the superstar. [AP/YONHAP]

The words “I am truly sorry” have not been uttered often in the Me Too era. So when soprano Luz del Alba Rubio woke up Tuesday to see an apology from opera superstar Placido Domingo, she was in shock.

“I felt like we have conquered Goliath. Now we don’t have to be scared to speak out,” said Rubio, who stepped forward Tuesday to add her voice to the women accusing the tenor of sexual harassment and abuse of power.

Domingo’s statement came after the U.S. union that represents much of the opera world said investigators found the opera star and former general director at Washington National Opera and Los Angeles Opera had acted inappropriately over the course of two decades.

“I have taken time over the last several months to reflect on the allegations that various colleagues of mine have made against me,’’ Domingo said in a statement issued in connection with the findings. “I respect that these women finally felt comfortable enough to speak out, and I want them to know that I am truly sorry for the hurt that I caused them. I accept full responsibility for my actions, and I have grown from this experience.”

The words marked a stunning reversal from the opera superstar’s initial statements, tinged with disbelief at the accusations reported last year by The Associated Press that he sexually harassed multiple women.

In September, when the AP reported on more accusations, Domingo called the claims “riddled with inconsistencies and, as with the first story, in many ways, simply incorrect.”

The full results of the investigation by the American Guild of Musical Artists investigation have not been made public, but people familiar with the findings told the AP that investigators found 27 people who said they were sexually harassed or witnessed inappropriate behavior by Domingo.

As with the accusations made to the AP, the investigation found that the allegations included unsolicited physical touching that ranged from kisses on the mouth to groping, late-night phone calls in which Domingo asked women to come to his residence, and inviting women to go out with him socially with such persistence that some felt they were being stalked, the people familiar with the findings said.

The investigation, conducted by lawyers from the firm Cozen O’Conner, found the accusations to be credible and showed a clear pattern of abuse of power by Domingo that spanned the 1990s and 2000s, according to the people familiar with its contents who spoke anonymously because they were not authorized to publicly disclose the findings.