Listening to unheard voices of a brutal massacre: Victims of attack share their stories in new film ‘Untold’

Listening to unheard voices of a brutal massacre: Victims of attack share their stories in new film ‘Untold’ 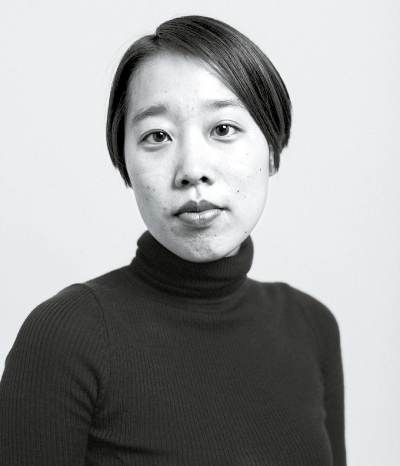 The engine that drives director Lee-Kil Bora to start a new film always seems to be her family: Her debut documentary “Glittering Hands” was about her parents’ language and the hearing-impaired community. In her second film “Untold,” which comes out today, the director interviews three victims of the Vietnam War who are living proof that ordinary Vietnamese were in fact massacred by Korean soldiers.

However, her voyage into the Vietnam War started with her grandfather, who was a proud veteran of the war. That’s how the director remembers him growing up, but she was shocked to find out that there were actual massacres carried out by Korean soldiers.

“How can these two very different memories exist at the same time, I wondered,” the filmmaker said during a recent interview with the Korea JoongAng Daily at a cafe in Mok-dong, western Seoul.

The film is based on interviews with three victims - Nguyen Thi Thanh, Nguyen Lap and Dinh Cam - and also follows Nguyen Thi Thanh’s visits to Korea to meet with the so-called comfort women victims in 2015 and to attend the People’s Tribunal on War Crimes by South Korean Troops during the Vietnam War as a witness in 2018.

Unlike other war films, however, Lee-Kil’s documentary does not include any bloodshed. 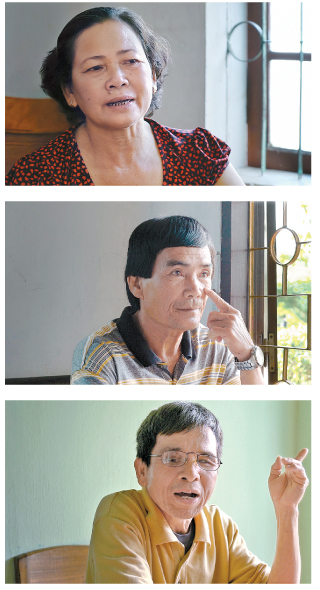 From top, Nguyen Thi Thanh, a survivor of the Phong Nhi massacre, Dinh Cam and Nguyen Lap, who are both survivors of the Ha My massacre, all appear in “Untold.” [CINEMADAL]

“Some people have asked me that very question,” the director said. “If I wanted to talk about the massacre, then shouldn’t the film be focused on how many innocent people were sacrificed in the war and emphasize how terrible everything was? But I didn’t think that such violent images were necessary.

“This film isn’t about highlighting that aspect of the war. It’s about the people who remember the war differently, and I wanted to show their attitudes towards their memories. Maybe the film just speaks a different language than other war films.”

In April 2019, Nguyen Thi Thanh and 102 other victims of massacres filed a petition to the Blue House asking for an official investigation into the massacres conducted by Korean soldiers during the Vietnam War, an official apology and the establishing of measures for victims to recover from the tragedies.

Five months later, the Korean government replied that they have no proof regarding the massacres, and to proceed into an official investigation, they needed to work together with the Vietnamese government, but for now “proper conditions are not being set.”

Nguyen Thi Thanh was disppointed by the response and currently is preparing a lawsuit against the government for state compensation.

Q. Besides Nguyen, the rest of the two interviewees, Nguyen Lap and Dinh, are each blind and deaf. Why did you choose to film these particular victims?

A. I guess I naturally veered towards these people because of my parents. So when I went to Vietnam in 2015, the people I met were women or physically disabled, either hearing-impaired or visually impaired. If I tell a story about war through them, how would the war look like from their eyes? How would the massacre be remembered differently? I had these questions from the start of the production. So I decided to start the documentary through these three witnesses’ memories.

Did you ever talk about the war with your grandfather?

No, because my grandfather passed away when I was in my early 20s and I didn’t get the chance to really talk about what happened during the war. I just remember that when I was young I told him that I had been to Vietnam before, and he told me that he’d been to Da Nang because the Korean Army arrived in Vietnam through the port there. Even though we never got to talk about the war, I could sense that he was a very proud veteran, proud that he had fought bravely.

What did you feel as you filmed and talked to the interviewees? Did your perspective on the Vietnam War change after you finished making the film?

I just learned a lot from them. At first as I followed their stories and the massacres, I was really pressured, because I thought [as the granddaughter of a veteran] I owed them. They were summoning up their courage to tell their very personal and painful stories, and I felt guilty and doubtful about my skills, whether I could do this well.

When I first met Nguyen and after we talked, she cooked me a meal and told me to have a bite before I left. Then she told me that I could stay the night if I didn’t have anywhere else to go. When I heard this, I didn’t know how to react because I didn’t understand how she could offer me these things so easily when I’m the granddaughter of a Korean soldier [who participated in the war]. I wondered what lies beyond that person’s generosity and tolerance for forgiveness, and thought that if I could follow that path, maybe we could find an answer, or even a hint about how we should remember the wars, slaughters and countless tragedies that have happened throughout this era.

Since you’ve mentioned forgiveness, there was one particular line from Nguyen Lap that was quite memorable. He said, “Everything is now in the past. My siblings are dead, and there’s no one left. Who can take full responsibility for those tragedies? Should the children take the blame for their father’s faults? That’s not right. No one can pay for those sins. The young generation nowadays knows nothing. I told you exactly what had happened, so that’s what matters. I told the truth, and I told you because you wanted to hear it.” How did you feel after hearing his words?

When I first heard it, it was comforting. But when I ponder it now, I think they were words of great resentment, because he’s saying that no matter what we try to do now, nothing can turn back time and prevent the massacre from happening and bring his younger sisters back from death. So his words were consoling and grim at the same time. I think he means that there’s nothing that we can do, and only when the perpetrators directly seek redemption and ask for forgiveness, we can move forward.

You also filmed and interviewed the veterans who served in the war. Was there anyone who’d admitted to the soldiers’ wrongdoings?

There was. For instance, it’s not shown in our film, but at the end of the trial the lawyer shows a video clip of a veteran who witnessed a massacre. But he hid his identity completely - his voice was altered and his appearance was covered up. I understood, because it would be very hard to speak up and admit to the killings when within Korean society and the government there is no one discussing the issue. These people still have to live their lives here, and by speaking up first he may be singled out as a whistle-blower within the community.

So what really needs to be done is not to wait for the veterans to talk, but have the government form a proper truth commission to probe into what really had happened. It’s not about figuring out who’s right and wrong. There are so many lines that have been blurred, because we can’t blame the veterans as the sole perpetrators when it was the government at the time who sent the army. They had no choice but to kill to survive in a war. So only when the government takes a step forward to investigate what happened [can] an atmosphere for the people to talk about it be created.

The rest of the veterans seemed to be very firm, very set upon their beliefs that they’d fought for their country and had done nothing wrong.

I actually understand why they say so. If they don’t believe that, it means that they admit that they are the perpetrators, murderers. Then what meaning would their life hold? At first I didn’t understand why they couldn’t just admit that there were massacres. But as I continued to film them and see them hold protests about it, I realized that they need a place to share their stories as well. From their point of view, they’d sacrificed their youth to defeat communism during the war, but what they get in return is being framed as murderers. I think that’s why they keep returning to plazas to protest, so that their voices, too, can be heard by someone.

Some of them attended the tribunal. Did you get to interview them after?

Yes. For them, it was their first time to have an opportunity to listen to the other side. [In Korea,] all they did was shout what they believed, but as they listened to the victims’ testimonies, I think the tribunal went in a new direction.