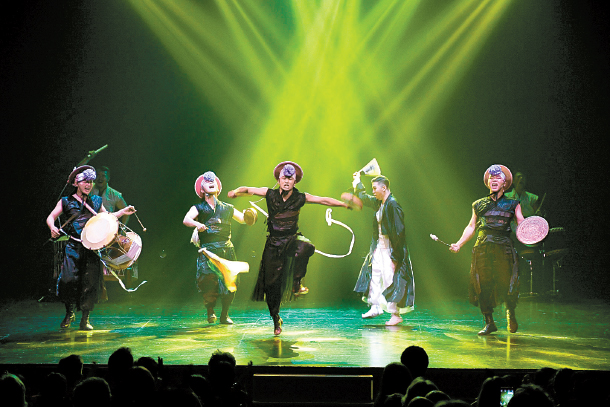 The annual world tour of Korean arts and music groups, “Traveling Korean Arts,” kicked off this week, with Korean electronic gugak (traditional Korean music) group Black String performing across five cities in the United States through March 1. The play “Medea on Media” will also open in Italy in June as part of the program. The photo above is from a performance of the 2019 “Traveling Korean Arts.” [YONHAP]