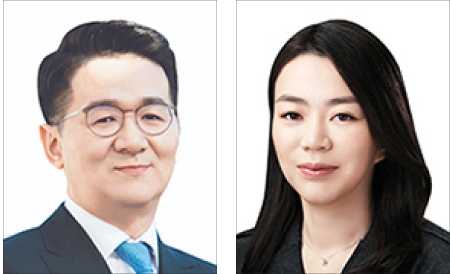 The ongoing fight over control of Hanjin KAL has intensified, with another key shareholder expanding its holdings ahead of a March shareholders’ meeting.

The announcement came after a group of major shareholders, including Cho Hyun-ah, a former vice president and the chairman’s sister, waged a campaign to oust Cho Won-tae from the leadership last month.

The U.S. company did not specify a reason, simply stating the investment in a public electronic disclosure. When it first acquired a 4.3 percent stake in Hanjin KAL last June, the airline said it “intends to increase its equity stake to 10 percent over time as an extension of its partnership with Korean Air.”

The most recent increase pushed the combined shares of investors supporting or believed to support Cho Won-tae to 39.25 percent. Those shareholders include Kakao, Lee Myung-hee, matriarch of the Cho family, and Cho Hyun-min, the youngest daughter, as well as the chairman.

Delta Air Lines is also believed to have added an additional 0.9 percent stake in the holding unit between Tuesday and Wednesday via Goldman Sachs, according to a Korean Air Lines official who requested anonymity.

The difference between each side’s influence in the corporation is narrow enough that the National Pension Service, which owns about 2.9 percent shares in Hanjin KAL, could be the deciding factor.

Having not yet announced its stance, the operator held a closed-door meeting Tuesday to discuss the issue but did not announce the results of the meeting.

In the meantime, the cash-strapped Hanjin Group will proceed with an ongoing restructuring plan aimed at turning around the company. Cho Won-tae also serves as chairman of the group.

Hanjin Group sent letters to 12 financial institutions Thursday to select an adviser for selling its non-core property assets, including a large plot of land in Songhyeon-dong in Jongno District, central Seoul, Wangsan Marina Resort in Incheon and the Paradise Hotel in Seogwipo, Jeju Island.