After a long time off due to surgery, NC Dinos’ pitcher Lim Chang-min is set to play full-time this season.

Back in May 2018, Lim underwent elbow surgery, which caused him to miss the rest of the season. Undergoing surgery in his mid-30s could have ended his career, but Kim went forward with the decision and underwent a long rehabilitation period. 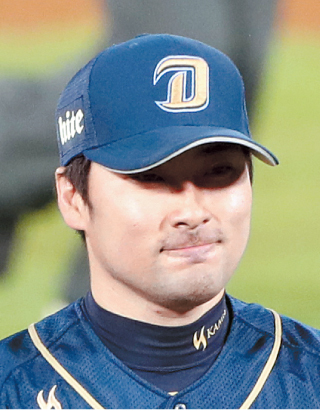 A little more than a year later, on July 14 during a game against the KT Wiz, Lim finally made his return to the mound. He completed the 2019 season with appearances in 20 games and pitched in a total of 15 innings with a 2.40 ERA.

Although it wasn’t enough to say that Lim has made a successful return, the biggest takeaway from his performance last season was that he didn’t have any problems with his elbow.

Lim has arisen as the key player for the Dinos’ bullpen in the 2020 season. Because the Dinos’ other bullpen pitcher Lee Min-ho won’t be available this year due to his mandatory military duty, Lim is expected to complete the Dinos’ bullpen along with Bae Jae-whan and Won Jong-hyan.

Looking at Lim’s career, he’s proven that he has the ability to fulfill such duty. Starting from the 2015 season, he picked up 20 saves or more for three straight seasons and throughout his career, he picked up 94 saves. Before he left the Dinos for surgery, Lim was the club’s closer. With the goal of playing full-time, Lim is currently preparing for the start of the season in Arizona at the Dinos’ spring training camp.

So far, he seems to be getting off to a great start. During the Dinos’ spring training game against the KT Wiz on Feb. 23, he tossed one scoreless inning, while striking out two. Lim’s fastest pitch was 143 kilometers (89 miles) per hour.

He is not yet satisfied, but Lim is slowly getting ready for the start of the season.

The following are edited excerpts from an interview Lim had with Ilgan Sports, an affiliate of the Korea JoongAng Daily.

A. When I wasn’t all warmed up last season, I had some pain. I couldn’t rotate my arm as I wanted to, but now I almost don’t have that anymore. I don’t have any problems moving my arm.

Ahead of spring training, many have said that you seemed to be well prepared. How did you feel about your condition?

Since I was already rehabilitating, I started personal training earlier than other players. So it may be obvious for me to get that kind of evaluation. I have to finish spring training strong and not fall behind the pace, compared to other players, to prove that evaluation right.

How did you feel when your name was added back to the Dinos’ bullpen last year?

I was really nervous that I couldn’t control myself. Since we were playing at a new stadium, everything felt new, so it was exactly like the time when I made my debut as a pro. I still clearly remember that situation and the scenes from that game.

You weren’t young when you had your elbow surgery. Were you ever afraid of not being able to make a comeback?

I always have fear. Since I got my surgery later, I was afraid. I wouldn’t have felt that if I just went along with what the team planned, but since [the surgery] was my choice I felt even more afraid. My biggest fear was the uncertainty as to whether I’d be able to throw pitches like I used to.

What changed after the surgery?

During my rehabilitation period, I tried to look at baseball from a different perspective. There are a lot of baseball players around the world and they all play the sport but all have a different process. I intentionally watched a lot of baseball from the stands. Although I’ve been playing all this time, I was able to feel and experience things that I didn’t see in the past. So at one point, I started to think positively. When I first started rehabilitating, I was with a 14-year-old player, and recently, when I started personal training, I got to talk with major league players, older trainers and many other people. I think I now have the ability to keep my mind stable in any situation.

What are you focusing on during this year’s spring training?

Ball control and movement. I think it’s back to how it was before the surgery, and I’m working hard to make them both better.

As a veteran, you need to balance the bullpen. Do you feel overwhelmed?

Last year, I heard a lot of people say, “It’s just Lim Chang-min who needs to play well.” I think we’ve been hearing that because our bullpen was weaker than the starters. This season, I just need to play well. I don’t have any pressure if I have a blown save. If I have to get up on the mound in that situation [where I can pick up a save,] then it means that I’m the best option on the team. So I’m not worried.

I want to focus on the number of innings and pitch in about 60 innings. I want to be within the top-three in the team’s bullpen and not getting injured is another goal of mine.