‘Peninsula’ is coming this summer

‘Peninsula’ is coming this summer 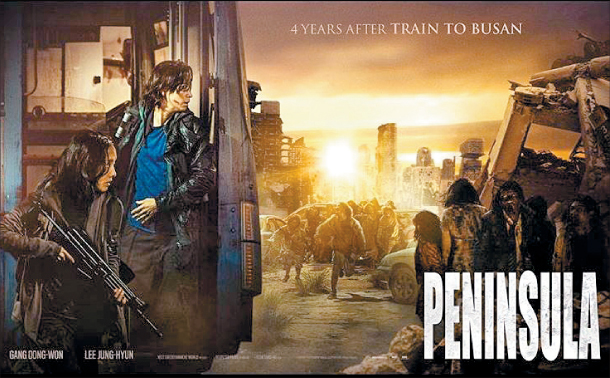 “Peninsula,” star director Yeon Sang-ho’s follow-up to “Train to Busan” (2016), is set to hit local theaters this summer, according to its film distribution company Next Entertainment World (NEW) on Friday.

The action blockbuster continues the story from “Train to Busan,” but four years after the zombie apocalypse swept across the country.

In the now-desolate Korean peninsula, the survivors will be battling zombies once more. Actors Gang Dong-won, Lee Jung-hyun, Kwon Hae-hyo, Kim Min-jae, Koo Kyo-hwan and Kim Do-yoon will star as the main characters.

The company also revealed two posters: one featuring Gang and Lee hiding behind an abandoned bus looking for a way out in the zombie-filled city, and the other on a moonlit port where a silhouette of a person faces a crowd of zombies alone.