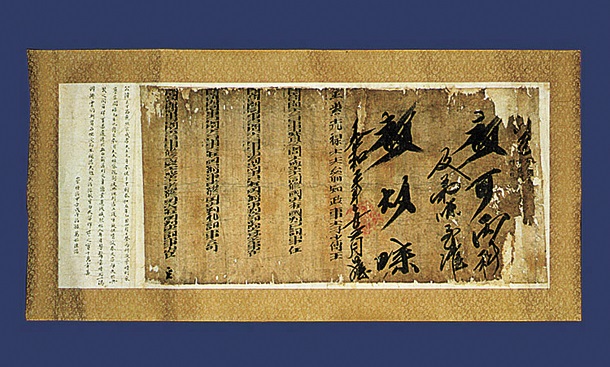 
This document was given to Jang Yang-su who passed the jinsasi (primary civil examination) in 1205, the first year of King Huijong, Goryeo Dynasty (918-1392).

Jang Yang-su, who served as a deputy minister of Chumirwon (an Advisory Board to aid the king in drafting public policies) and a minister of Jeonrisa (Ministry of Personnel Affairs) was the fifth generation descendant of Jang Jeong-pil, a meritorious vassal who was one of the founding members of the Goryeo Dynasty and 8th generation grandson of Jang Mi-pil,

The document, written on a yellow scroll of hemp fiber paper, records the title and the name of the person who passed the examination.

This is the oldest surviving certificate for a government recruiting examination and an important material for the study in the system and the history of those examinations.