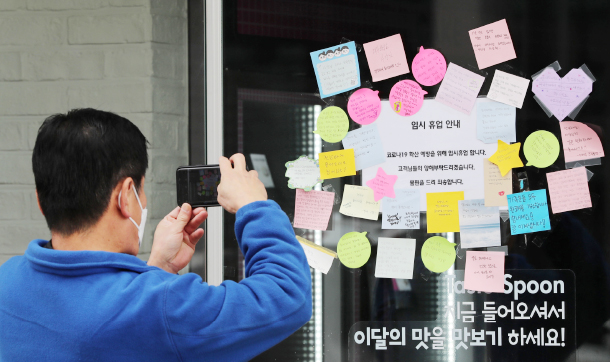 Messages of hope and support festoon the window of an ice cream store in Songpa District, southern Seoul, on Tuesday.

The store’s owner, the owner’s son and a deliveryman were confirmed to be infected with the novel coronavirus.

The store closed after the virus infections were confirmed. Many people are now trying to help businesses that have been affected, a departure from earlier in the epidemic when locations linked to confirmed infections were studiously avoided.

Local media reported that many of the small private businesses, including restaurants, are most affected by the sharp drop in customers due to the outbreak. [NEWS 1]