The ongoing coronavirus outbreak has hit the country’s cultural scene hard, with cultural events being canceled or postponed one after another.

British pop star Mika canceled his two Seoul concerts recently. The pop star was planning on performing on March 4 and 5 at Jamsil Arena in southern Seoul.

Young piano virtuoso Kim Sun-wook was scheduled to perform a recital on March 6 at Seoul Arts Center (SAC) in southern Seoul, but it has been postponed. A new date has not been decided yet.

The Sejong Center for the Performing Arts in central Seoul also canceled some of its shows. One of them is dance drama titled “N.O.T,” a work by the Seoul Metropolitan Dance Theatre. The performance was scheduled for March 12 and 13.

The Korean National Ballet’s “Swan Lake,” slated for March 20, 21 and 22 at the SAC, also called off its performances.

Some shows postponed their opening dates. Musical “Mamma Mia!” was supposed to open on March 8 at D-Cube Arts Center in western Seoul, but its opening date has been delayed to April 7. 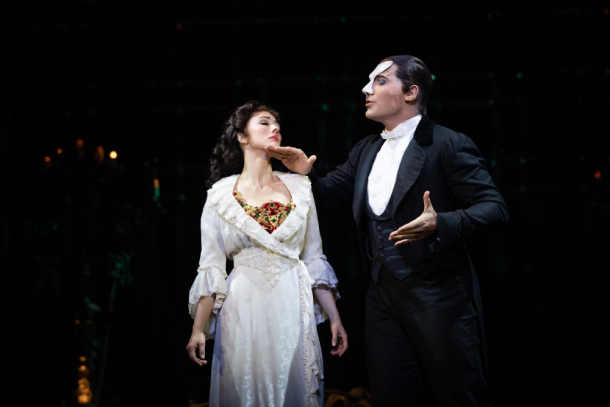 “The Phantom of the Opera” is returning to Korea for the first time in seven years.

The timeless musical centers around Christine, who used to be an obscure singer, but finds herself filling in for leading soprano Carlotta and eventually soaring to stardom. But Christine is abducted from her dressing room one day by a disfigured man dubbed The Phantom of the Opera. Although Christine is released from The Phantom on the condition that she will stay devoted to him, Raoul, who is in love with Christine, promises that he will confront The Phantom.

Jonathan Roxmouth will play The Phantom while Claire Lyon is playing Christine and Matt Leisy is playing Raoul.

The musical is in English, and Korean subtitles will be provided on screens throughout the theater. 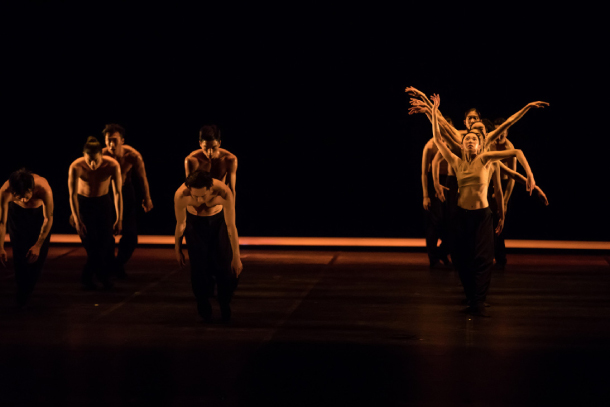 Marking its 10th anniversary, the Korea National Contemporary Dance Company begins this year with “Opening,” which consists of two original dance pieces. One is titled “Beyond Black,” and the other is “The Rite of Spring,” pictured above. [KOREA NATIONAL CONTEMPORARY DANCE COMPANY]

THE SOUND OF MUSIC
Sejong Center for the Performing Arts, Grand Theater
April 28 - May 17 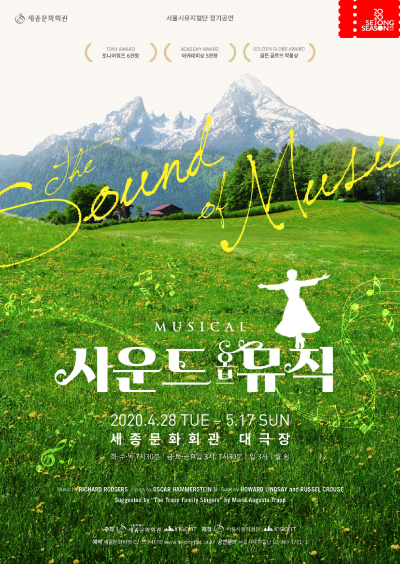 The timeless classic musical “The Sound of Music” is coming to Seoul.

Set in Austria in 1938 during World War II, the musical is based on a true story of the von Trapp family singers.

The musical begins as Maria, a postulant, becomes a governess to the seven children of Georg von Trapp, a naval officer and a widower.

Unlike Georg who raises his children with strict discipline, free-spirited Maria lets the children be children by teaching them to sing and frolic in nature.

The children eventually open up to Maria while Georg also falls for the children’s new teacher.

But the von Trapp family and Maria face a new chapter in their life as the family decides to flee from Austria to Switzerland in opposition to Nazis.

After premiering on Broadway in 1959, the musical won five Tony Awards the next year.

Sumptuous songs such as “Edelweiss,” “Do-Re-Mi” and “My Favorite Things” will be performed.

The musical starts at 7:30 p.m. on Tuesdays, Wednesdays and Thursdays; 3 p.m. on Fridays, Saturdays and national holidays; and 3 p.m. on Sundays. There are no shows on Mondays.