His resignation has been accepted by the National Agricultural Cooperative Federation, better known as Nonghyup, the parent company of the bank. 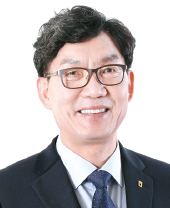 Lee has been serving as the bank’s CEO since December 2017, becoming the first Nonghyup leader to extend one-year term three times.

Their resignations were accepted on the same day. Those resigning include Nonghyup Cooperative Bank President So Seong-mo and Nonghyup Agribusiness Group CEO Kim Won-seok.

Nonghyup Financial Group said it would initiate a process of electing a new CEO for the bank unit today.

Until a new CEO is elected, Jang Seung-hyun, vice president at Nonghyup Bank, will fill in for the vacant seat.