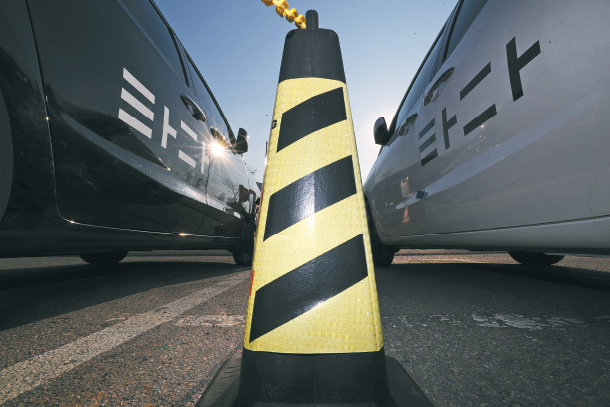 Tada vehicles are parked side by side in Seocho District, southern Seoul, on Thursday. The service is on the verge of halting operations as a bill that would make Tada’s business illegal could be approved by the National Assembly today. After the Legislation and Judiciary Committee approved the revision to Korea’s transport law on Wednesday, Tada operator VCNC announced it would stop services in the near future, choosing an alternative path and working to incorporate itself into the existing regulatory system as other mobility start-ups have chosen to do. [YONHAP]