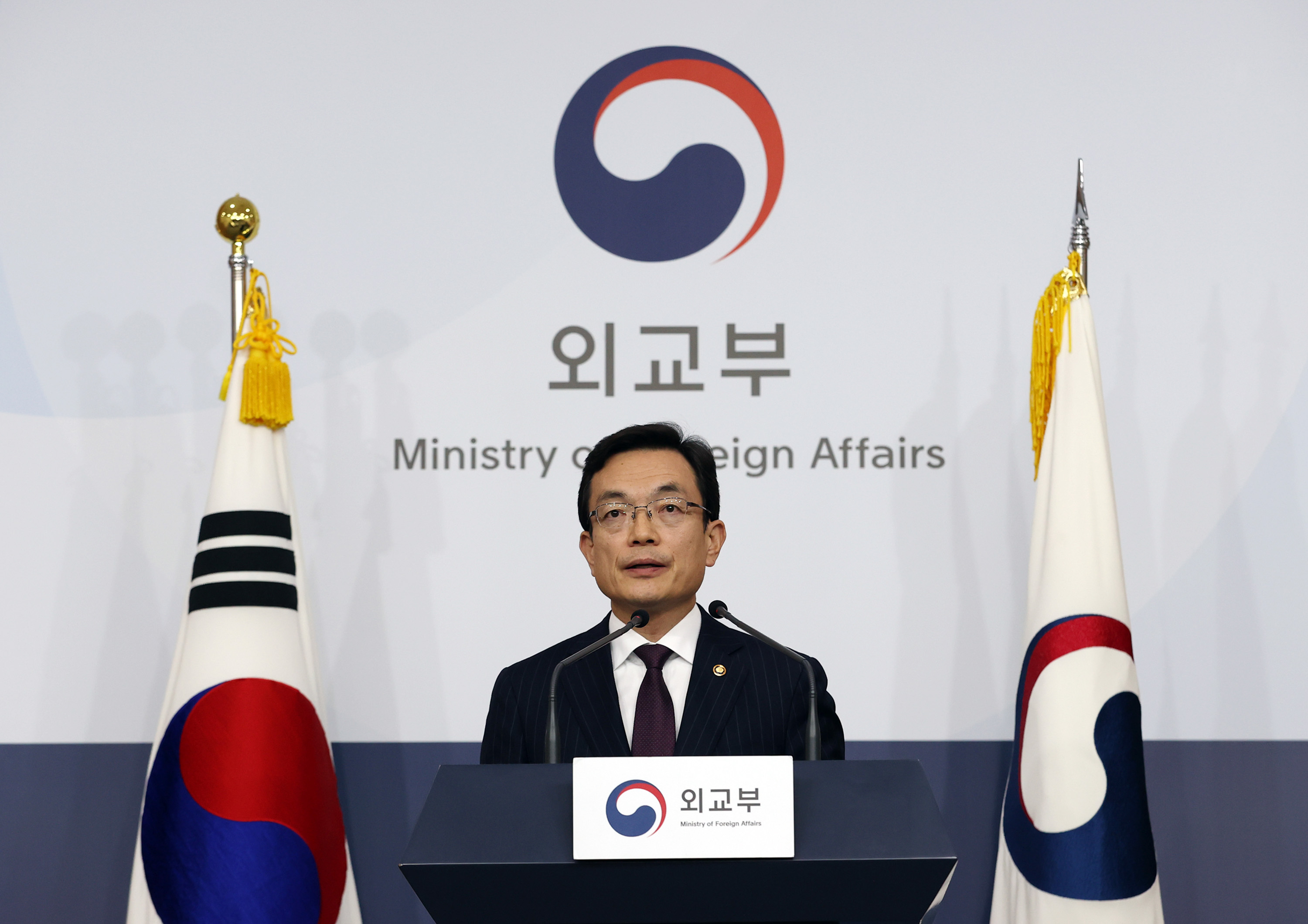 The Korean Ministry of Foreign Affairs announced Friday that it will suspend its visa-waiver program with Japan starting Monday, in response to Tokyo’s latest quarantine measures on visitors from Korea over the new coronavirus outbreak.

Cho announced the reciprocal measures after Tokyo announced on Thursday it will start a two-week quarantine for visitors from Korea and China at designated facilities from Monday. Japan also said it will allow flights from the two countries to only land in Narita International Airport or Kansai International Airport. The measures are expected to last through this month.

Seoul will suspend its visa-waiver entry program with Tokyo that allows Japanese visitors to stay in Korea up to 90 days, and invalidate visas that have already been issued starting Monday.

Cho indicated that Japan's latest travel measures stemmed from a "lack of understanding" of Korea's "advanced” quarantine system, while pointing to a “considerable lack of transparency” in Japan in handling the coronavirus outbreak and a low rate of testing.

The Japanese government has been criticized by health experts over its handling of the failed quarantine of the Diamond Princess cruise ship off the coast of Yokohama last month which resulted in some 700 infected passengers.

However, Japan’s latest measures were considered comparable to an entry ban of Koreans.

There are 102 countries with some form of entry ban or bolstered quarantine measures on Korea as of Friday over the coronavirus outbreak.

“We have the best diagnostic capabilities by far compared to any other country,” said Kang. “Currently, we are able to test 18,000 cases per day. That means one case for every 4.8 seconds. We have also introduced drive-through testing stations.”

Korea has over 6,500 coronavirus cases as of Friday but also has tested more than 160,000 people for the virus.