Seoul is furious with Tokyo’s travel restrictions on Koreans

Seoul is furious with Tokyo’s travel restrictions on Koreans 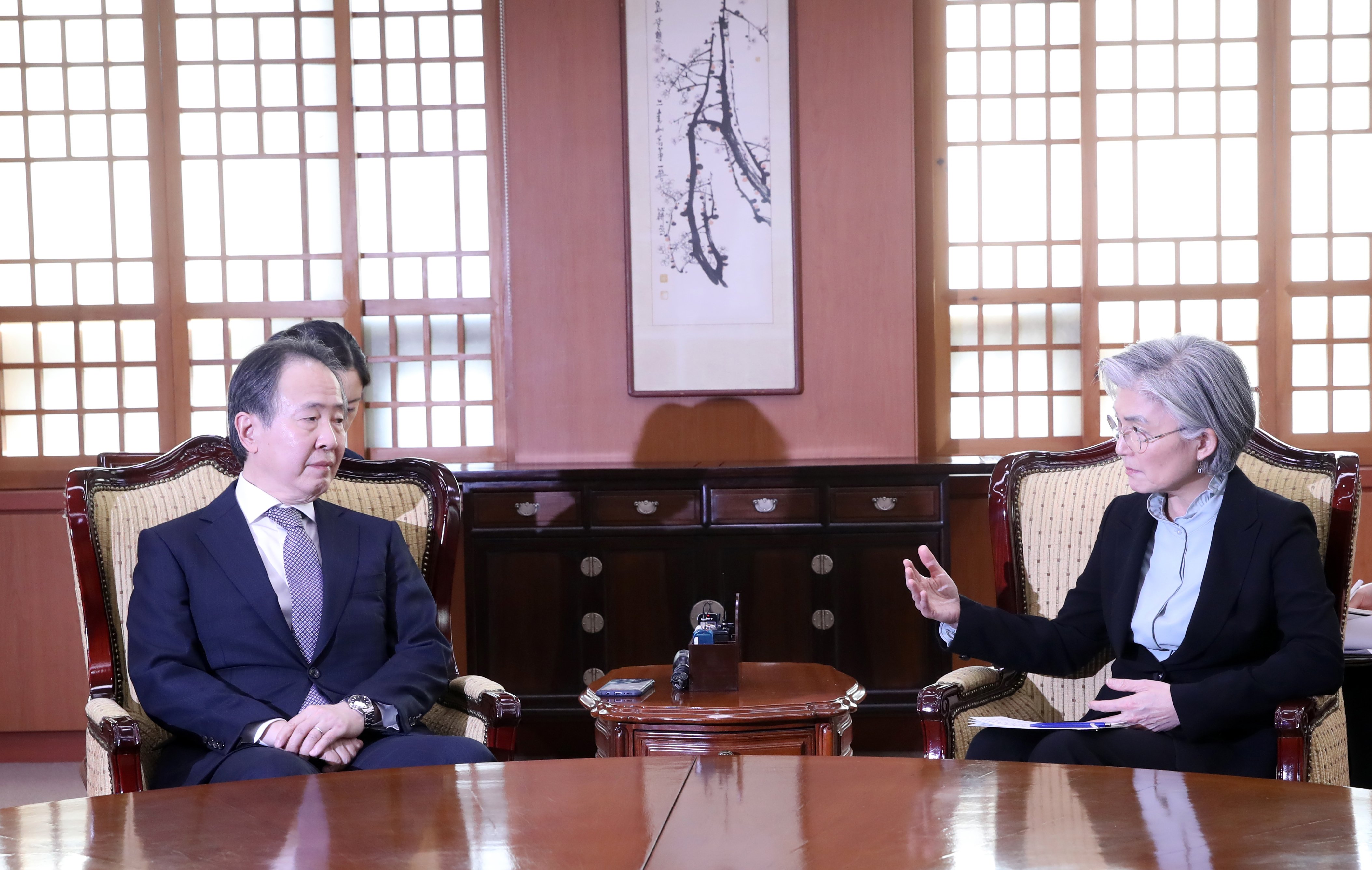 Seoul threatened reciprocal measures after Tokyo started quarantining visitors from Korea to stop the spread of the coronavirus.

The Blue House, Ministry of Foreign Affairs and the prime minister’s office of the Moon Jae-in administration reacted angrily Friday to Japan’s measures.

Japanese Prime Minister Shinzo Abe announced Thursday evening that the country would start a two-week quarantine for visitors from Korea and China.

Japan is also suspending a visa-waiver program that covered travelers from Korea, Hong Kong and Macau on short visits.

It will also revoke some visas already issued to travelers from China and Korea.

In order to control the total number of travelers entering from China and Korea, flights from the two countries will only be allowed to land at Narita International Airport and Kansai International Airport. Japan also expanded an entry ban on foreign visitors to include people who stayed in a part of North Gyeongsang. 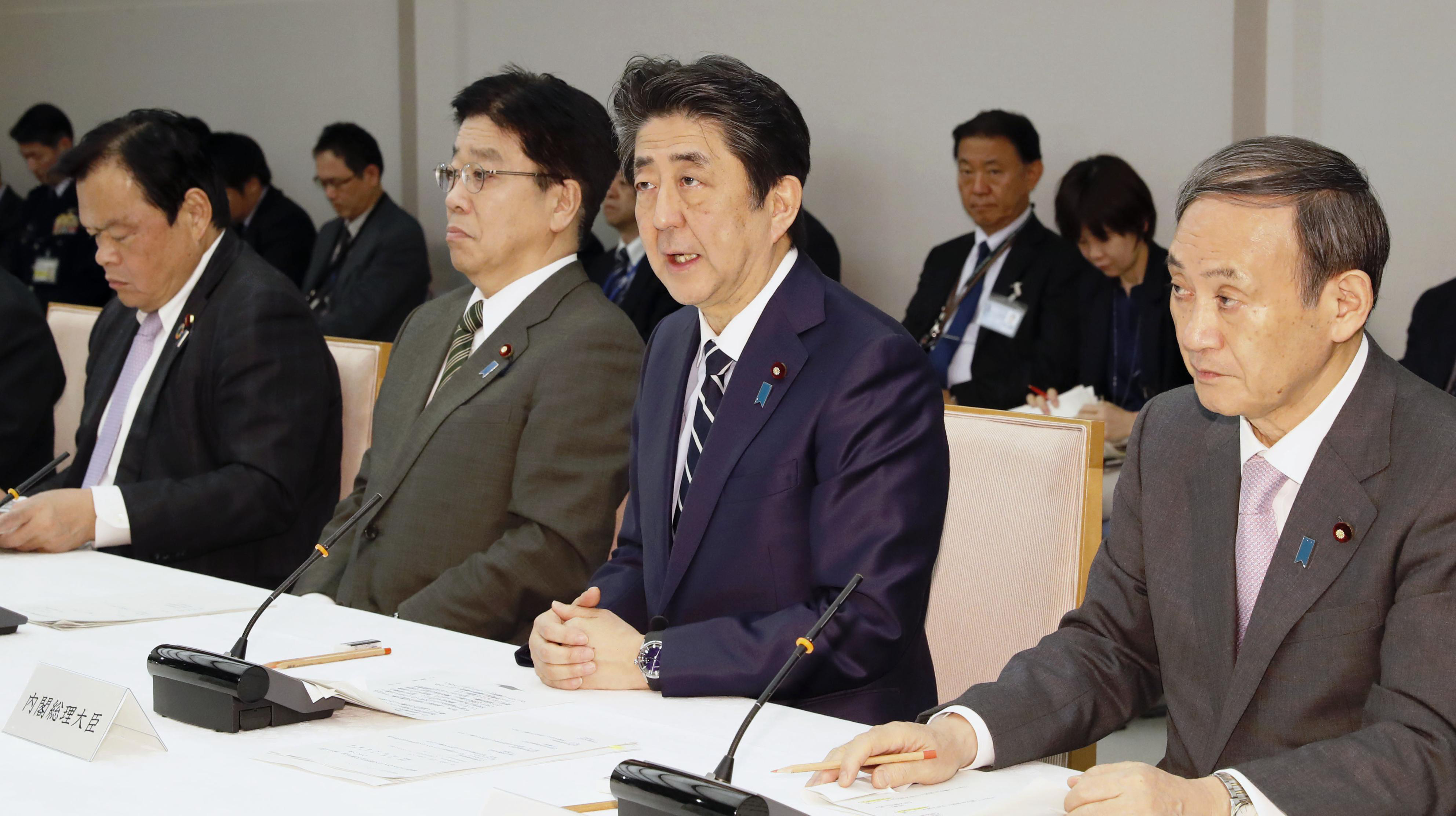 Japanese Prime Minister Shinzo Abe, second from right, presides over a cabinet meeting at his residence in Tokyo on Thursday to discuss measures to cope with the spread of Covid-19, the official name of the coronavirus. [YONHAP]

It already bans people who stayed in Daegu and Cheongdo County, North Gyeongsang.

The Moon administration reacted furiously, convening the National Security Council at the Blue House to discuss the measures.

“Members of the council pointed out that Japan is facing distrust of the international community for its opaque and passive disinfection efforts, while Korea is controlling the outbreak at home with a scientific and transparent system praised by the world,” the National Security Council said in a statement after the meeting.

“Furthermore, we agreed that it is unacceptable for the Japanese government to take the unfair measures without prior consultations with our government.

We decided to come up with necessary countermeasures based on the principle of reciprocity.”

The Ministry of Foreign Affairs also issued a lengthy statement in the morning as a formal complaint and demanded Tokyo reconsider the measures.

“We are reviewing all possible responses, including designating some areas in Japan as viral contamination zones,” the ministry said.


The ministry said it suspects other motivations may be behind the measures because Japan took the step as the world was praising Korea’s efforts to fight the virus.

The ministry summoned Hirohisa Soma, the second-highest diplomat at the Japanese Embassy, around 9:30 p.m. Thursday to lodge a complaint. It summoned Japanese Ambassador to Seoul Koji Tomita on Friday and complained again.

It is unprecedented for the ministry to summon senior diplomats from an embassy two days in a row to protest the same issue.

Prime Minister Chung Sye-kyun said in the morning that Korea will respond.

The Moon administration’s furious reaction is a clear contrast with its handling of China over the coronavirus outbreak.

As of Thursday, about 860 Koreans are quarantined in China. While that is over 70 percent of the 1,200 Koreans quarantined around the world, the Foreign Ministry has expressed lukewarm regrets to Beijing.

After the meeting, the ministry insisted that it was just a meeting, not a diplomatic action to lodge a complaint.

Relations with Japan have been fraught in recent years.

Seoul and Tokyo have clashed over several issues related to Japan’s 1910-45 colonial rule of Korea.