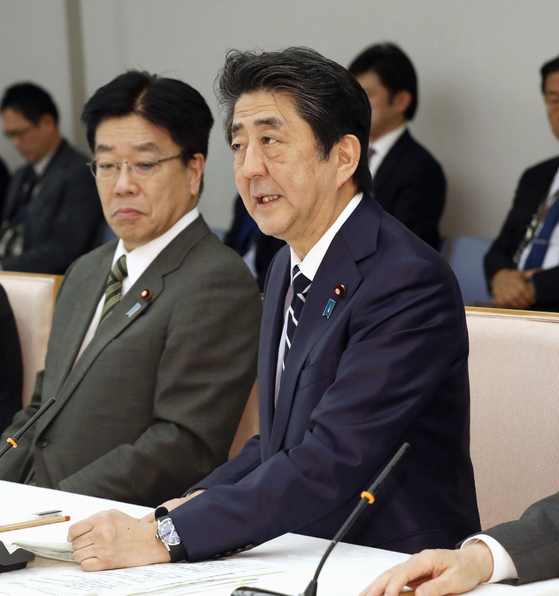 The Ministry of Foreign Affairs on Friday expressed "extreme regret" over Japan's two-week quarantine plan for visitors from South Korea over new coronavirus concerns, warning of "all possible" corresponding measures.

Vice Foreign Minister Cho Sei-young plans to summon Japanese Ambassador to South Korea Koji Tomita to officially lodge a protest over the measure that is set to take effect Monday and last until the end of this month.

Tokyo announced Thursday night that visitors from South Korea and China will have to stay at designated facilities for two weeks to be checked for infections and refrain from using public transportation. It also plans to suspend the 90-day visa-free entry program for South Koreans on Monday.

"We express extreme regrets over the fact that Japan has taken such an unreasonable and excessive measure without sufficient consultations with us, although our government has urged Japan to cautiously review its additional measures multiple times," the ministry said in a text message sent to reporters.

"We strongly urge Japan to immediately reconsider this measure," it added.

The ministry also raised doubts over Japan's intentions behind the latest step.

"Given that this measure came when signs of progress in our containment efforts appear to have emerged, we cannot help but doubt whether Japan has other intentions than its considerations of the quarantine aspect," the ministry said.

"While placing the top priority on the health and safety of our citizens, the government is weighing all possible measures (in response to Japan's measure)," it added.

Japan has already banned the entry of people who have visited the southeastern city of Daegu and the adjacent Cheongdo County, where the bulk of the country's COVID-19 infections have taken place.

As of Thursday afternoon, South Korea has reported 6,088 confirmed cases of the novel virus and 42 deaths. As of 1 a.m. Friday, 100 countries and territories planned to enforce or were imposing entry restrictions or stricter quarantine programs for people from South Korea.