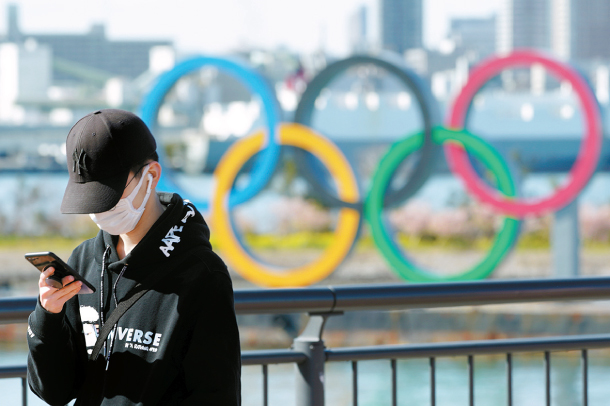 CHANG HYE-SOO
The author is the head of the sports news team of the JoongAng Ilbo.

About 200,000 years ago, Homo sapiens appeared on earth. In fact, 200,000 years is a relatively short period of time in evolutionary terms. Humans rapidly accomplished social and cultural progress through agricultural and industrial revolutions. But the evolution of mankind was highly uneven. The gap resulted in countless imbalances.

Overeating and intake of excessive salt are traces of food collection habits and migration. The world has become abundant, but the paleolithic habits stemming from constant starvation remain. These are the cause of obesity from eating too much or high blood pressure from excessive salt intake. It is not limited to individuals. The evolution at a group level is also slow.

Canadian philosopher and professor at the University of Toronto Joseph Heath made a similar argument on “cooperation” in his book “Enlightenment 2.0.” He wrote that the environment in which humans had to adapt to the evolutionary process was a small trial society, so people have tribal instincts. People naturally collaborate with friends and family, but the tribal instinct hinders cooperation beyond that boundary. In terms of cooperation, humans are still at a tribal level, and as a result, cooperation works in small groups, but doesn’t when the size of the group becomes bigger.

How can mankind, which remains at the tribal community level in the evolution process, behave like “ultrasocial species” today? Prof. Heath argues that it is thanks to a kind of psychological trick. We manipulate ourselves to think that someone is one of us, and when the scope of “us” grows, it can be expanded to a national level.

Here’s the problem. Nazi philosopher Carl Schmitt said that the core function of a modern state is to distinguish friends and enemies, and the result was war. Having experienced the horror, the mankind mobilized its inclusion trick again. The energy to distinguish friends and enemies is turned to something other than a war, and Prof. Heath considers national sports matches such as the Olympics and the World Cup as notable examples.

The Covid-19 coronavirus is raising the importance of borders. With borders as boundaries, friends and enemies can easily be distinguished, and the tribal habit of caring only for family and friends is restored. The coronavirus is especially nasty because it is causing the cancellation of sporting events. Many domestic and international sporting events have been called off.

The idea of postponing or canceling the 2020 Tokyo Olympics, which is to open on July 24, is mentioned. I hope the Covid-19 crisis ends soon, borders reopen, and things go back to normal. I believe that would be the way for mankind to overcome its tribal instincts and move on to a better future.