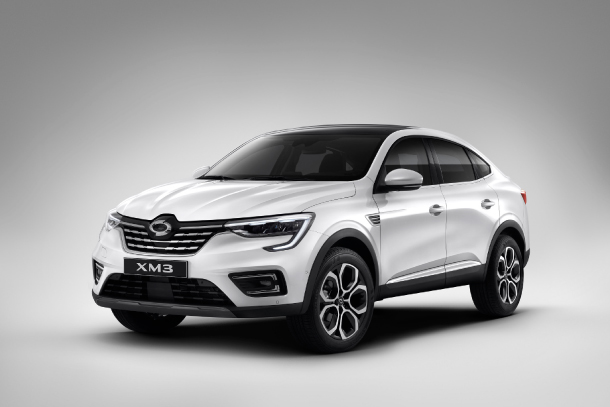 Renault Samsung Motors is staging its comeback with the XM3 SUV, which went on sale Monday.

The company logged 8,542 orders for the XM3 compact SUV by the end of Sunday.

The Korean unit of the French automaker is targeting 40,000 XM3 sales this year.

The small-size SUV, priced between 17.19 million won ($14,000) and 25.32 million won, is competing against the Chevrolet Trailblazer from GM Korea and the Seltos from Kia Motors, both of which were well-received in the local market upon release. The XM3 is longer but lower than the competitor models and has more interior space.

Renault Samsung Motors is offering an XM3 model with a gasoline engine produced in cooperation with Daimler Group. The company said 84 percent of the preorders were for vehicles with the TCe 260 engine.

Renault Samsung Motors said the four-cylinder, 1.3-liter turbo engine, which is going to be made available for many of Renault Group’s models in the future, improves performance and fuel efficiency.

For the latest release, advanced driving assistance has been prioritized. The XM3 has a number of collision warning systems, lane-keeping assist and an adaptive cruise control system, all of which have become mainstream offerings for popular vehicles sold in Korea.