No sooner had the government proposed an 11.7 trillion won ($9.8 billion) supplementary budget to protect the economy from the impact of the coronavirus than the industry got together to insist that the total was not nearly enough.

Some are calling for a near quadrupling. 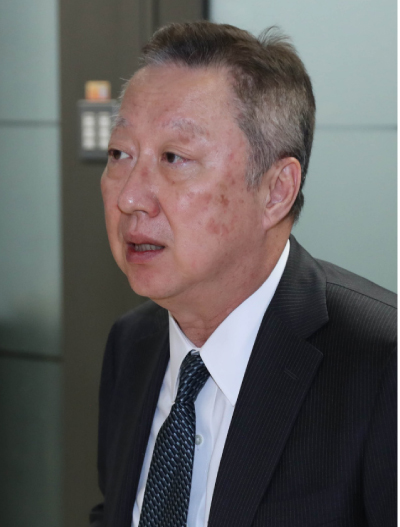 The conflict nicely illustrates the difficulties faced by policy makers as they seek to battle the economic damage being caused by the coronavirus outbreak.

Park Yong-maan, chairman of Korea Chamber of Commerce and Industry, called on the Moon Jae-in administration to expand the extra government spending to 40 trillion won to achieve economic growth above the 2 percent level in 2020.

“What I want to say today is that there is a need to substantially push up the size of the supplementary budget,” Park said at a press meeting on Monday.

“I hope that the amount will be increased in the discussion process at the National Assembly.”

He went on to note that the 11.7 trillion-won funding will only contribute to adding 0.2 percentage points to GDP growth.

“But when we look at media reports, they expect this year’s economic growth to be in the 1 percent range,” he said.

“So, in order to grow the GDP by 1 percent, a simple calculation reveals that some 40 trillion won is needed,” he continued.

An official from a research institute under the Federation of Korean Industries said that the current budget proposal would only serve as a stopgap measure.

“To turn around the economy, support for quarantines and small- and medium- sized enterprises should come in the first phase,” said Hong Sung-il, head of economic policy team at the Korea Economic Research Institute, on Tuesday.

“In the second phase, there should be measures or funding to facilitate investment by conglomerates and improve consumer sentiment,” he said, “But the current budget only deals with the first phase. So I think more funding is needed to cover the second step.”

Although small businesses are the hardest hit in this crisis, the global spread of the coronavirus affects big businesses too in various ways.

In the wake of the coronavirus outbreak, international institutions revised their outlooks down. Credit rating agencies S&P and Moody’s took their forecasts for Korea’s 2020 economic growth below 2 percent.