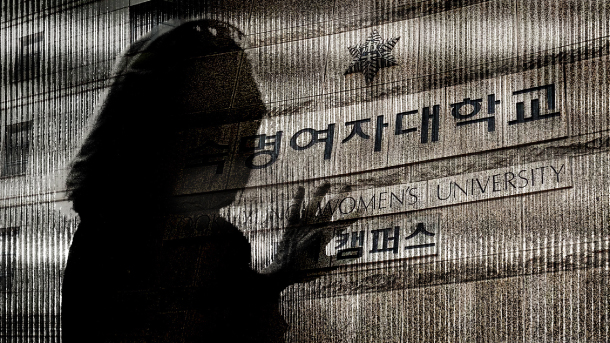 On Jan. 30, it was reported that a student was admitted into Sookmyung Women’s University as a freshman this year. Bulletin boards at the school were immediately filled with letters and posters that opposed her enrollment. One student had even put together an opposition task force team and started holding protests inside the school. After witnessing such resistance from students for a week, the student - identified as A - decided to withdraw her enrollment, saying that she was “scared of their words and deeds that did not want to allow the smallest of hopes.”

Student A is a transgender woman who was supposed to be the first openly transgender student enrolled at a women’s university in Korea.

In an environment far from hospitable for the LGBTQ community, Korea saw a similar story unfold just a week earlier this year when 22-year-old soldier Byun Hee-soo was discharged from the military after undergoing a sex reassignment surgery. Both cases unfortunately resulted in a situation where they were denied their rights to a job and an education, but also, for the first time in Korea, created major discussion about transgender individuals.

The case at Sookmyung quickly turned into a battle between women - especially radical feminists - and the LGBTQ community, rather than involving the society as a whole in the discussion. This is because, unlike the case of soldier Byun, who was formally discharged by authorities based on the law, Student A withdrew from the school following the negative reaction from the students.

For days after the news about Student A’s enrollment broke, bulletin boards and the corridors of buildings on Sookmyung Women’s University’s campus were filled with posters and letters from different sides of the argument.

The opposition task force raised the question: “On what grounds can a man argue that he’s a woman?” Their petition, which began on Feb. 4, gained 18,000 signatures against allowing student A to attend the school. Those who sided with Student A asked back, “How can someone possibly judge someone else’s identity?”

Numerous feminist organizations and LGBTQ rights groups expressed their support for A, including the Korea Sexual Violence Relief Center and the Korea Women’s Association United, while radical feminist groups - mostly trans-exclusionary radical feminists or TERFs - from Sookmyung and other universities sided with the opposition.

According to feminist philosophy Prof. Yun Ji-yeong of Konkuk University, the opposition’s reasons for being against the student’s enrollment at the university do not stem from wanting to discriminate transgender individuals, but from the women’s fear of men and the sexist social structure they have already endured.

“At Sookmyung Women’s University, before Student A came into the picture, a man dressed as a woman broke into a bathroom on campus and a male drug dealer had broken into a bathroom at the school as well,” she said. “For transgender people, the fact that they are born with a male body, even if they don’t feel comfortable with it, they are still able to experience life in that body, and the symbolic, physical and psychological privilege that comes with it.”

Prof. Yun argues that instead of the current situation in which women are forced to lend a part of their own community to LGBTQ individuals, it should become the agenda of the whole society, such as school officials and the government, to bring it to the table and figure out a way to make it work for everyone.

While Lee Jong-geol, the chairperson of the civil organization Rainbow Action Against Sexual Minority Discrimination, believes that transgender students should be allowed to attend whatever school he or she wants, and he also points to the lack of legislation for making matters worse.

After Student A announced her withdrawal, 760 alumni of the university released a statement saying that “It is a core value of Sookmyung Women’s University to band together with minorities,” while the opposition task force released yet another statement saying they “welcomed” her decision. But no formal statement of support came from either from the student council or school officials, with each saying they could not “interfere with private matters.”

“The student had already been authorized to enroll in the school, but officials failed to provide a proper statement on the matter,” said Lee. “The first openly transgender person in Korea came out in 2001, singer Harisu, but nothing has changed much since then. The level of human rights they are guaranteed is extremely low, which is visible in the two recent cases, with one person losing their job and another losing their chance at education. The National Human Rights Commission of Korea has been making efforts since 2014, but the antidiscrimination law hasn’t been passed to the Main Assembly in the recent years.” 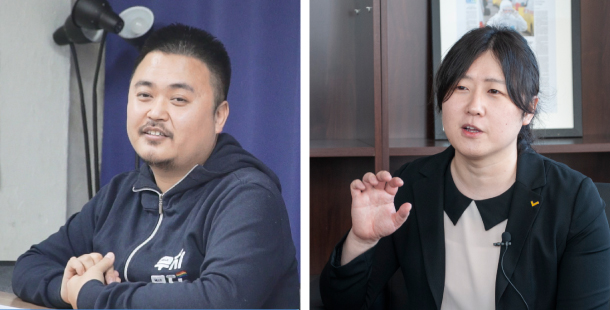 Human rights organizations in the country have been trying to put forward a bill to make an antidiscrimination law in recent years, but to little success. It was first put forward to the Legislation & Judiciary Committee at the National Assembly in 2007 during the Roh Moo-hyun administration, revised the next year, but expired with the termination of the 17th assembly. It was put forward again in 2011 and 2012, but it never passed the Main Assembly. During the Moon Jae-in administration, it has yet to come up on the agenda.

Some people mistake the law’s purpose to be for banning all forms of expression against minorities, but that’s not what the law is about, according to Lim Pu-reun, the head of the special committee for transgender human rights in the Justice Party. Lim says the law is a “declaration” by society that it will take responsibility for the injustices that take place against all minorities, not just the LGBTQ community. Lim herself is transgender and she recently ran for candidacy in the party’s internal election.

“It’s the first step in making a society where discrimination against minorities is not allowed. The law doesn’t get rid of people’s right to express themselves - that’s not what it does. It stops discrimination in the public sphere, like denying people job opportunities or an education. It ensures their rights to employment, education, public services and other administrative services that are out of reach for minorities in society right now. Basically, it’s the society taking responsibility for the things it should have,” Lim said.

Feminist culture critic Son Hee-jung also stressed that these incidents should be taken as a chance for society to begin a healthy discussion surrounding transgender issues and move towards a bettered awareness.

“Right now, there are no official statistics regarding how many transgender people are living in Korea,” she said. “We only have an estimate, which means the government has no data to base their policies on as well as the fact that it just really lacks an understanding of who they are in society. Health and psychology experts also have to work to explain that people whose assigned gender and the gender they identify with don’t match are not deemed abnormal or disabled by others.

“And of course, we need a legal measure to make sure that things like what happened this year never happen again. There are times when the public sentiment leads the law, and the law shifts the sentiment. It would be ideal for the two to change simultaneously, but this is a situation where the law needs to lead the way.”