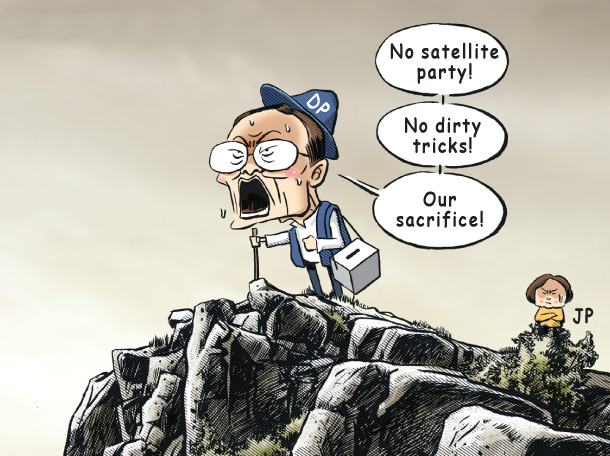 After the main opposition United Future Party floated the idea of establishing a satellite party to gain more seats in the National Assembly, ruling Democratic Party (DP) Chairman Lee Hae-chan said he was not on board. On Thursday, he reversed his position and said the DP would sacrifice its own seats for proportional representation. But the Justice Party announced it would not join in a coalition of parties led by the DP. [PARK YONG-SEOK]